....back in the Volvo after 3 weeks of driving the Shitrun C4.

First thing to notice was the peace and quiet of the Eastbourne Express..........and that the fuel tank was nearly empty

Mrs_Welly has had Spinal Surgery recently so I've been on domestic duties and running round in a clattery common rail poisoning everyone. Sorry about that.
Cars in my care:

Diesel for the win

Sis-in-law had spinal surgery a couple of years back, she's had all sorts of issues but she was finally getting her fitness back in order, she and t'wife were planning a trip to Ireland later in the year but unfortunately something's now gone ping in her foot and she's back on crutches again

Thanks Steve, she's had 2 x discs removed in her neck, they went in from the front so moved her voice box and 'pipes' out of the way first

afterwards it was like she'd had a major accident. She's got a carbon fibre cage now instead of discs and a squirt of bone marrow to help fuse the vertebrae together. Hopefully once it's all settled down she won't be in pain anymore which will be good all-round.

Oh and it only took us 3.5 years of persistence to get to the operation stage

And my left knee has just started playing up...oh joy.
Cars in my care:

Last Friday (the 13th) I was driving along and the car started making an awful groaning noise that rose and fell with engine revs. I immediately started panicking about the auto box but when I checked it was coming from the wrong end of the engine - phew! I took it to my mechanic, who pointed out the alternator was red hot, and he sent me to the guy who I use to fix vacuum cleaner engines etc. Obviously he also does alternators - who knew? I took it to him this morning and got it back this afternoon, 600Kn (70 quid) later and it has a new diode pack, which turns out to be much cheaper than even the cheapest replacement alternator. I suspect they even dismantled it in situ, they didn't even disconnect the battery

I also have a new ornament 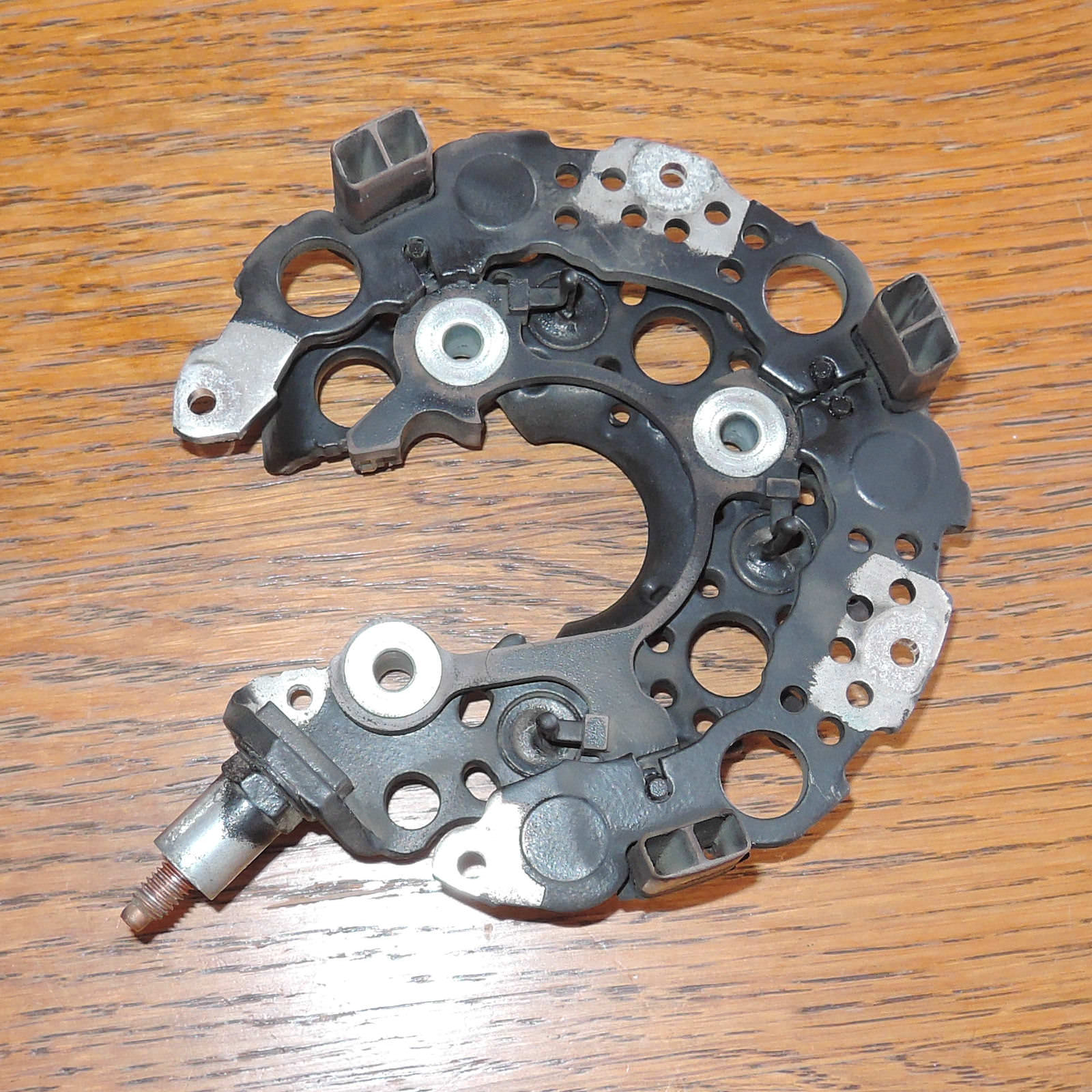 Which is presently hanging from the light above the table t'wife is teaching from. I wonder how long it'll take for her to notice...

Trying to find the God awful buzzing from behind the bloody dash. It only happens when the engine is running the controls on the climate control doesn't effect it at all. Now it seems to be on permanently after about 2 minutes of the engine running.
1984 924 2.0 n/a crystal Green - The daily
2005 VW Passat tdi 130 Highline, now 170bhp & 290ft/lb
2000 Peugeot 406 2.0 hdi - stood for 4 years, fresh mot and mostly working.
Top

This morning I took yoyoII for its airbag recall (woo

), I had to leave it there for an hour so I stumbled off down to the nearest DIY store for a browse. There's loads of dealerships around there and I usually ignore the lot of them but I today I spotted something outside the Mercedes Bends franchise that really caught my eye 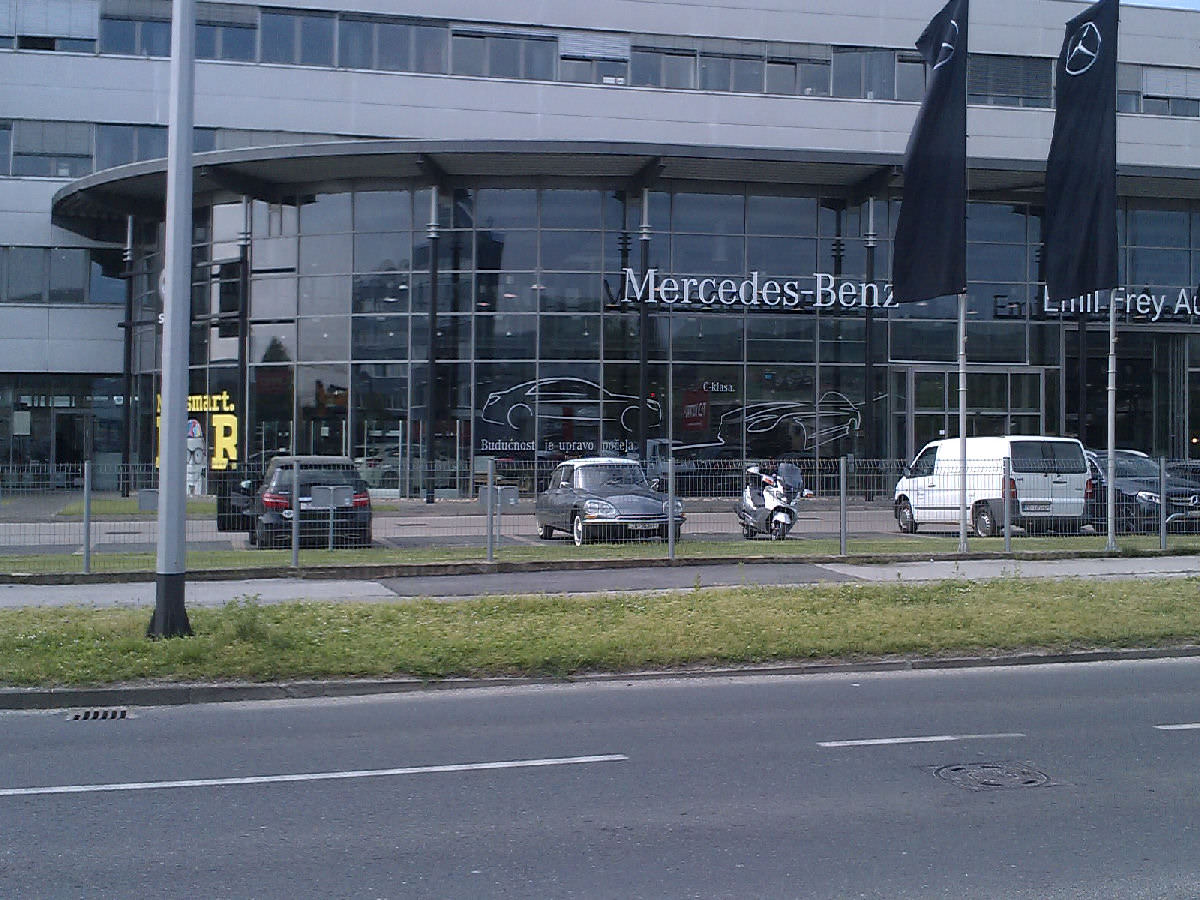 I wanted to get a closer look but, it's a busy road and by the time I'd made it down to the crossing and back again it'd gone

And this afternoon's exciting job is.... Sorting out a leaking bog. It was just a dribble but, unfortunately, it's been noticed and the commandment was made. It's not like I don't have a whole host of other horrible jobs I should be getting on with

I had to rush out and get some new seals, I'm sure I've been to a DIY store only recently...
Unskilled meddling sin©e 2007

That was a lucky repair on the alternator! have you seen how much Japanese alternators are? dealer prices are eye-watering. Oh but obviously they're that expensive because they're so brilliantly* made they never* go wrong.
Cars in my care:

A real deal Denso (Oi, denso!) would've cost 4000Kn-odd (not much change for 500 squids), a cheap-n-nasty Nipparts one just over 1000Kn (mate's price) but I'm not sure if I'd have trusted it. Plus taking off the old one (start by removing the o/s/f wheel, followed by part of the suspension) and swapping in the new. Got off lightly I reckon.

And today, well, this week I've been clearing out the barn ready for re-somethinging. 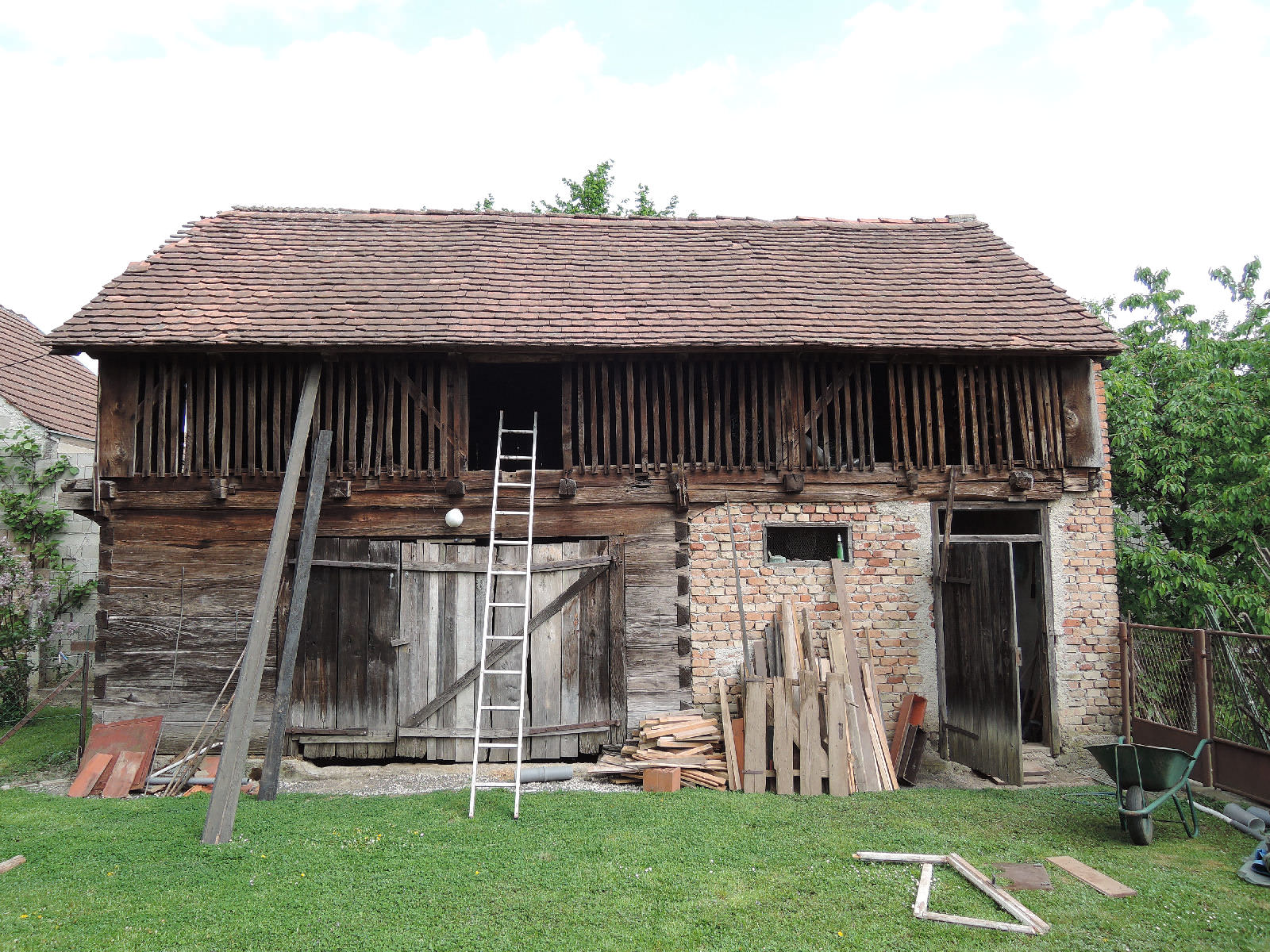 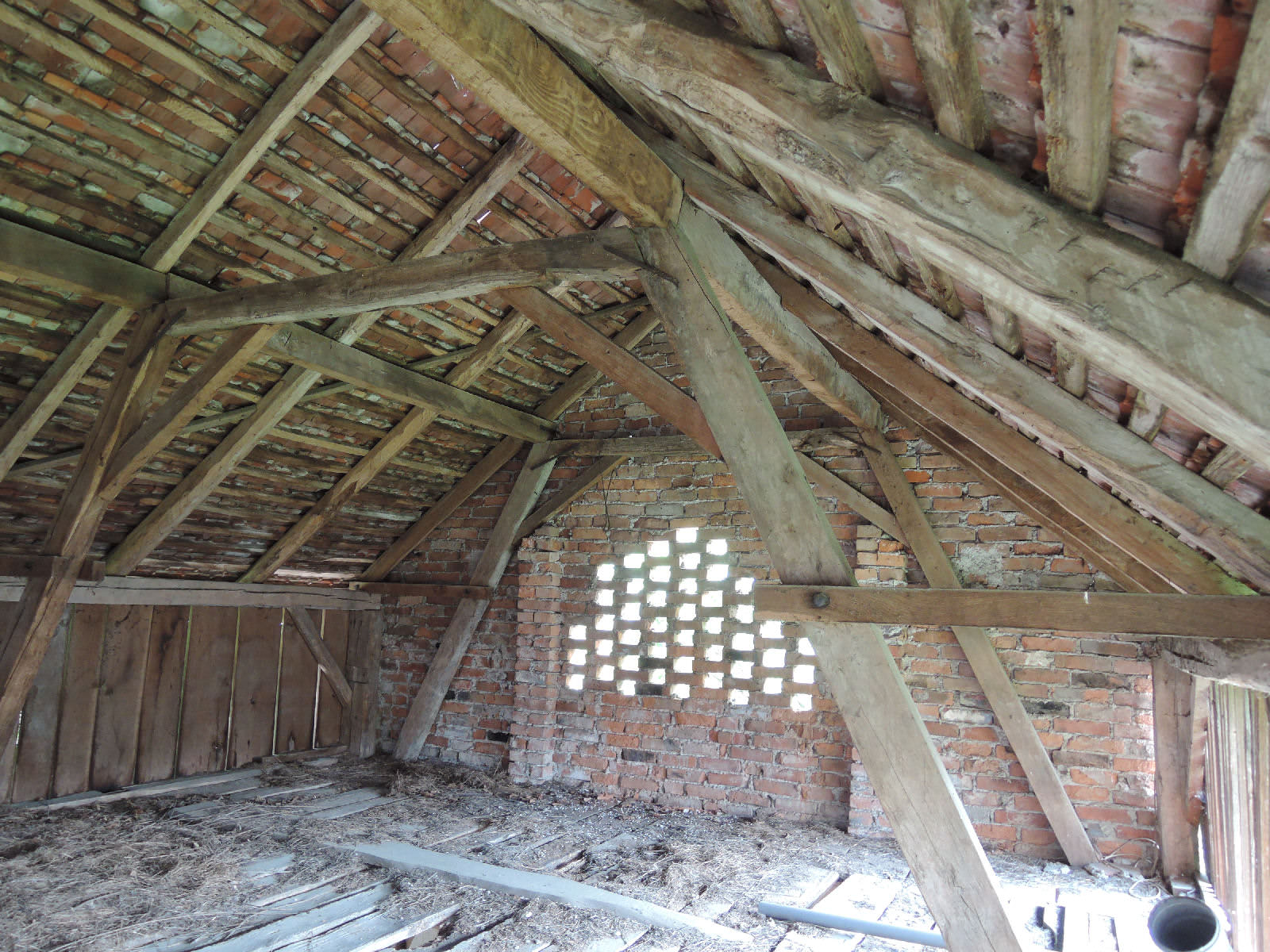 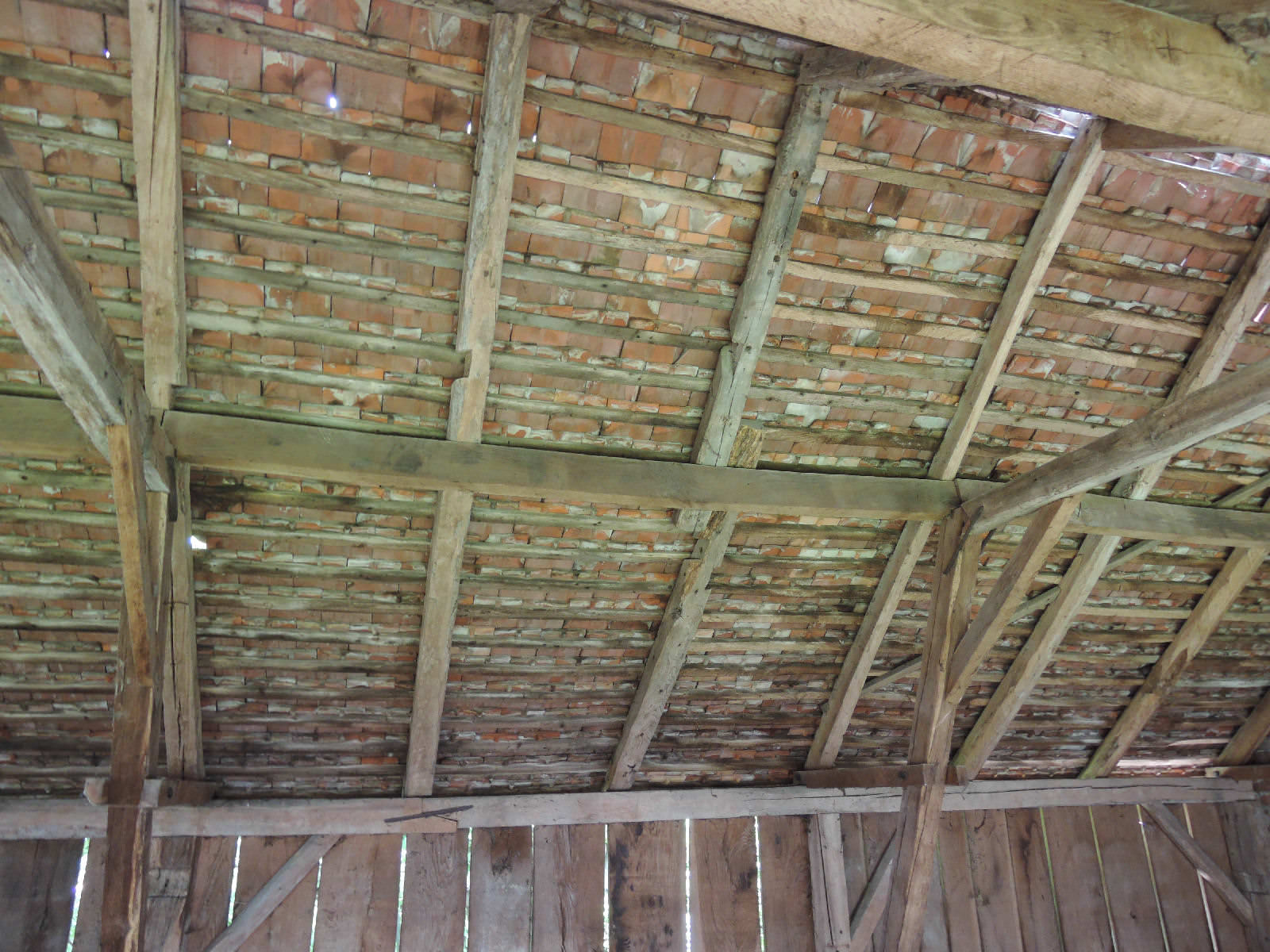 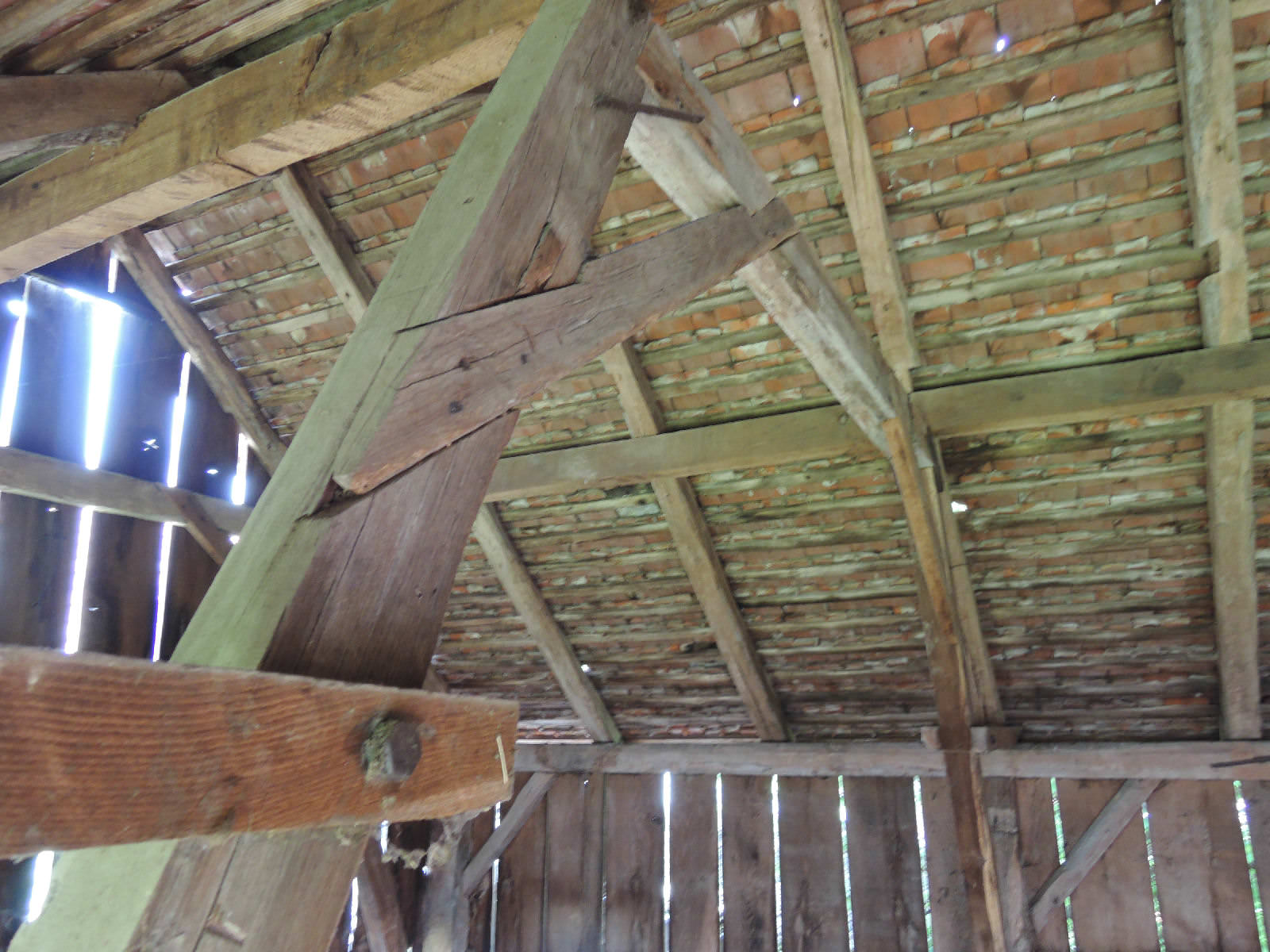 Shame the walls have had it

Is there any mortar in them bricks?
2003 estate Hdi90 Siemens Fully pimped (roofrack&towbar)
Top

In places... When you say mortar, does something that looks like it's been made out of straw and chicken sh*t qualify?
Unskilled meddling sin©e 2007

The brick bit is dated 1961 (it's been written into the door step while it was still wet), the oak is marked on the ends of the beams with Roman numerals, which means it's been moved from somewhere else (paint before assembly...) so is presumably older. Probably a lot older

I'm not really sure how to go about it. I have planning permission to renovate it, so demolishing it and building something modern is out of the question. A lot of the oak beams have had it, particularly towards the bottom. The brick, although the mortar looks quite iffy, seems to be fairly solid. The sides of the loft space are meant to be quite open as it's meant for storing hay for winter feeding, there's even a fair pile of hay up there.

The brick part is in fact a pigsty (I'm planning to use it as a workshop, so I guess it'll always be a pigsty

) with rotten boards over a concrete floor.

What I'd like to do is keep it looking fairly similar, although obviously I'm not going to replace the oak, and I'm certainly not going to do anything with that amazing roof, apart from change anything rotten and replace the missing tiles. But I don't like the idea of having to dismantle it to replace the walls.
Unskilled meddling sin©e 2007

The structure is obviously sound in itself having born the weight of OMGMEGASNOW and strong winds over the years (otherwise it'd be a pile on the floor).

In my view it would need localised repairs where rotten or letting in water and then apply a clear sealant coating to the wood and a sealant to the brickwork to protect from water and frost damage. All brickwork will benefit from a waterproof sealant as do slabs and concrete areas.

Is there any evidence of wood worm?
Cars in my care: