Well hello there, long time no see, how they hanging dudes?

The boy's Punto keeps running out of electricity

His first year after passing his test he was insured with Smart Wheels by More Than, with a telematics black box. They're utter barstewards and I have proof that they ping you for driving faults that you didn't do just in order to keep your score down and not have to pay the quarterly reward, I'd recommend avoiding them at all costs... but that's an entirely different rant

He didn't take the car to Uni last year because he was living on campus and there wasn't anywhere to park, so the car stayed here and I used it regularly to run around. Then Covid struck and the car sat for a couple of weeks, only to find a flat battery when I next went to start it. Not a problem, we live on a hill and can bump it off then go for a spin to charge it back up, but the pattern continued to the point where I was convinced that the battery must be dead and not capable of holding a charge for more than a week or so. So we bought a new battery, but it's still running down.

So off he goes back to Uni in September and this year he's off campus and able to take the car, with strict instructions to start it up and drive around for an hour at least once a week. Of course, he completely ignored those instructions and now has a regular agreement with a housemate for jump starting the Punto

. This week's episode involved the battery being so flat that the central locking wouldn't work and there wasn't even a glimmer of a dash light, so it's got me to thinking what could be causing this draining and it suddenly struck me that the black box is a prime candidate. A bit of googling identifies that many others suffer with a similar affliction having been bullied and cajoled into fitting a digital spy.

So it's got to go! Now I was at work when it was fitted and Rees Jr was instructed to watch what the nice man was doing and, more importantly, where he was hiding the box. Did he? Of course not!

So my mission, next time he's home, is to locate, identify, remove and destroy the flaming thing. Oooh there's an idea, i could literally make it a flaming thing

Any words of advice?

Hello there young man! Doing, umm, as well as can be expected really.

I've absolutely no idea about the snooping box, apart from knowing they exist, having passed my driving test back when dinosaurs still walked the earth, but... Won't nuking it kind of invalidate his insurance?
Unskilled meddling sin©e 2007

Long time no hear. Good to know you're doing OK, same here in fact I've had the ultimate promotion - retirement!

It shouldn't be too hard to locate at least the power feed to the thing, removing just the positive feed should solve the problem. If it's draining the battery while parked it must be connected either at the battery itself, or before any other switches or relays.

Look for any 'extra' wires on the battery positive terminal, or failing that the engine fusebox, (if it has one). A decent installer would use a spare fuse way, or join onto existing wiring using an in-line fuse holder. A lot of them are cruder than that.

If you don't spot it in either of those locations, unlikely alternatives include joining onto the big connector on the starter or even the alternator.

Since the battery has clearly gone flat many times, it's safe to try disconnecting it, removing any suspect 'extra' connection(s) and checking everything else still works.

There's a fair chance the battery will be past saving, but you need to eliminate this gubbins regardless.

Thanks both, good to hear from you! Congrats on the retirement Doggy

No worries with the insurance Wiggy, that policy's long expired, the current one is boxless.

I believe they tend to bury them in the dash somewhere, either behind the glove box or on the drivers side, some reports say that they removed the glove box, instrument panel or the radio to hide the box behind there. As the cabin fuse box is on the drivers side in the Punto I think I'll start there and look for alien wires to follow. I doubt it's behind the radio as I've fitted a new head unit to that car since he's had the box so I'd like to think I'd have noticed.

A video I watched the other day had it tapped straight into the main live feed to the fuse box, bloody ridiculous! I'm told these boxes have their own internal battery and should be connected to an ignition live in order to recharge them when the car is running. Seems that many fitters connect them to permanent lives thus causing battery problems. Typical of the half arsed service I've come to expect these days, they're only teenagers with cheap cars, who cares if they break down eh?

). Been completely discharged maybe 2 or 3 times so hopefully it'll survive. Does make me wonder whether the battery we replaced was actually OK...

Our* Twingo has the Smart Wheels BB - it's fitted within the steering column cowling, I too requested daughter welly 'check if the guy needs anything' etc

in my case she actually did though

After the first year it's deactivated remotely so it's still fitted even 2 years later and we never have any battery drainage issues (car sits for at least 6 weeks on occasion).

Based upon my experience I would say it's not the BB causing the drain, I'd imagine it's only ever powered up on ignition - why would they need to monitor a car sat in a car park?

Also for the good of the internets our experience with Smart Wheels / More Than was excellent, Daughter_Welly received a £25.00 'thank you' gift card at the end of the first year and the daily reports always appeared fair and accurate.

Also also - having had 2 Welly_Juniors go through Uni I'd say having a car there is a negative benefit for the driver; mates wanting a lift here and there and food shopping runs etc, then when the car needs pez or a tyre they all run off! plus you're supposed to tell the insurers that the car is now kept at a different post code.

Hope you get to the bottom of this issue, quite annoying having this sort of drain for sure.
Cars in my care:

Glad you had a better experience of Smart Wheels than we did, just a speculation but perhaps they treat girls differently to boys? As I said there were a number of occasions where where my lad's car was unfairly penalised for "faults" that hadn't occurred, including some where I was driving, I can only assume it's a tactic to reduce the "rewards" payments. After the first couple I bought him a GPS enabled dashcam so that we could check speed etc. Never once did I find it's reports of speeding to be validated by the camera footage. It even pinged him once for doing 67 in a 50 zone and threatened to cancel the policy for excess speed, but I was driving and had the dashcam vid to prove that I'd dropped below 50 before the sign. Tried to raise this with them but was completely blanked. I'd never use them again and when son 2 comes of age I'll try to avoid telematics all together.

I don't think the box is deactivated when your policy expires unless I'm mistaken, they just stop monitoring it. It's still there, still live and still transmitting AFAIK

Also glad that you haven't suffered battery issues but plenty have. I've checked everything else I can think of the Punto, the only other aftermarket thing that has a permanent live is the stereo, but that's just a memory backup, the main power for the stereo is on an ignition live so I can't imagine that's at fault. I've also checked all the cabin and boot lights are going out as they should.

Anyway, I guess we'll know soon enough because it's out. Found a bit of time to look at it on the weekend. Started at the cabin fusebox and could shining a torch under the steering column could just see something that looked different. Took the lower cowling off and there it was (guess they follow a format Welly, I hadn't read your comment before undertaking this job), surprised how easily I found it actually.

The wiring had been well wrapped in that cloth tape but following the live back and stripping the cloth tape I found that it had indeed been spliced straight into the main feed to the fusebox as shown in the video I watched recently. The device has it's own fuse but I really don't like that because it is permanent live. Could have just removed the fuse and left it there but I'd come this far...

About 10 layers of electrical tape...

And plug it back in, reconnect the battery and test.

All good, reassembled the steering column cowl and put everything away. That was surprisingly easy after all, about 15 mins all in.

So I'll let you know if that's cured our battery woes guys.

Oh, nicely done sir. I'm not too keen on the main power splice either but they could've done a worse job, they even soldered it.

So, what's inside it?

And will there be a video of you ceremonially burning it?

Surprised the muppet actually signed his name to that 'installation'.

Rumor has it that, once opened, an insurance Black Box immediately steals all your personal data, empties your Bank Account, formats the ECU's of all local Volvo's and finally emails all recorded conversations of you dissing family members for the last 12 months to all your contacts.

Other than that it's fine to open one up for a gander inside.
Cars in my care: 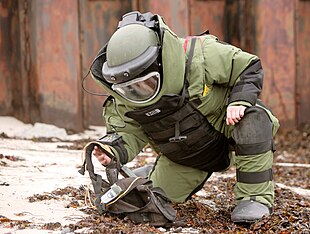 Welly wrote: ↑Wed Nov 25, 2020 8:26 am Rumor has it that, once opened, an insurance Black Box immediately steals all your personal data, empties your Bank Account, formats the ECU's of all local Volvo's and finally emails all recorded conversations of you dissing family members for the last 12 months to all your contacts.

Other than that it's fine to open one up for a gander inside.

For the second time within a week I wish I'd read your post before doing something...

Not much to see, a circuit board and a battery.

Delighted to report that the job seems to be a good un. Car was untouched for at least 3 weeks including some very cold nights over Christmas, that would have rendered the battery completely flat a couple of months ago. But ma boy just had cause to leave the homestead and she fired up first time, didn't even sound sluggish turning over. I'm calling that a win

Now has me wondering whether to pay more to avoid telematics when son No 2 comes of age...