Looking good. That there stove should work wonders.
In a perfect world you would keep as much of the flue indoors as possible as you get quite a bit of heat from it - the more you reduce the air flow the hotter the flue gas. I assume you couldn't reasonably have put it somewhere near the centre of the buiding / chimbley through the roof?
2002 HDi 2.2 Exec Estate, (2008-12)
2003 HDi 2.2 6-speed Exec Estate (2012-19)
2009 Citroen C5 2.0 HDi VTR+ Estate
Top

You've set me thinking (again). That there stove isn't really powerful enough to heat the whole building, especial with zero insulation, The reason it's there is I just wanted to get some heat in the main workroom, where I suspect I'll be spending most of my time, and I just kind of copied the set up at my house where the (built-in before you ask) chimney is in the far corner out of the way, yet it seemed to heat the whole workshop no problem at all. And I didn't want to mess with the roof...

The middle of the building would put it on the other side of the wall (not useful). Plus I'm not sure about having a stove right next to a wooden wall, then I guess if it's got a fair gap it probably doesn't matter. Unfortunately this side of that wall is where I planned to put the stairs.

However, what if I build the stairs the other side of the wall? Wouldn't it make more sense to have the stairs using up space where I won't be working, rather than taking up space in the smaller pig sty where I will be? This would also mean I wouldn't have to make a door at the top of the stairs to stop all the heat going up there and out the roof

Cut a hole in the wall, add door.

Insulate roof, move stove to the middle of the other wall and run the chimney through roof. Acquire bigger stove.
Unskilled meddling sin©e 2007

I would weigh up the relative cost / benefit of reducing heat loss vs biggerrer stove.
The first option is a one-off cost/activity that might be cheap if you happen on suitable materials say over the spring/summer. You have to feed a bigger stove more as well as buying it in the first place.

Oh no, suggestions welcom - I don't want to build it all permanently and think "why didn't I..?"

According to the interwebs this stove puts out 23884.991431BTU. I do have a heap of old wood for burning but the main boiler on the house is wood-powered, I can always order an extra couple of pallets. Btw the household boiler works out at just over 68,000BTU

Oh, and why can't I put the stairs that side? 'cos there's a sodding great beam there (which Miloš says is removable...)
Unskilled meddling sin©e 2007

It might warm up after you've got some heat into the fabric of the building (and the floor slab) you probably only need heat to take the edge off the temperature in there because you'll be working flat out in there chopping, sawing, hammering, welding.....
Cars in my care:

I made them with my own (scratched, scabby and dry) hands out of bits and bobs (i.e. a load of old junk) I had hanging about.

Indeed, as far as I remember the label said it'd heat 144sq.m. if run continuously, half that if it's not. Anyway, after 2 days it's already pushed the heat in there up to the heady heights of 12 dungarees!

That's the way! initially the heat will get soaked away by the cold structure and especially the floor, of course retaining heat can only be supported by the use of insulation and preventing air leakage into the space.

[granny suck eggs moment] those flue brackets have got a good grip of the tubing haven't they? the weight of the stack will obvs bear down on the first elbow if not. Sorry, my previous job at an industrial pipework company made me say it

It'll have to wait until the floor's down upstairs (Miloš is coming soon, apparently) to actually have much of an effect but for now I know that the small amount of heat in there will be drying the boards out - they weren't particularly dry to start off with and then the wind blew snow in there through the missing window

Not having designed* a chimney before I've not got much idea but I thought that maybe letting the entire weight sit on that bottom elbow would probably be a mistake, I could imagine with hot/cold cycles it would probably start sagging and maybe eventually collapse. Those tubes are about 6Kg a meter section so it's holding up about 20Kg. Good grip? Probably, but I'll give them a tweak in the morning just for you

Hang on, the wind blew what in there? 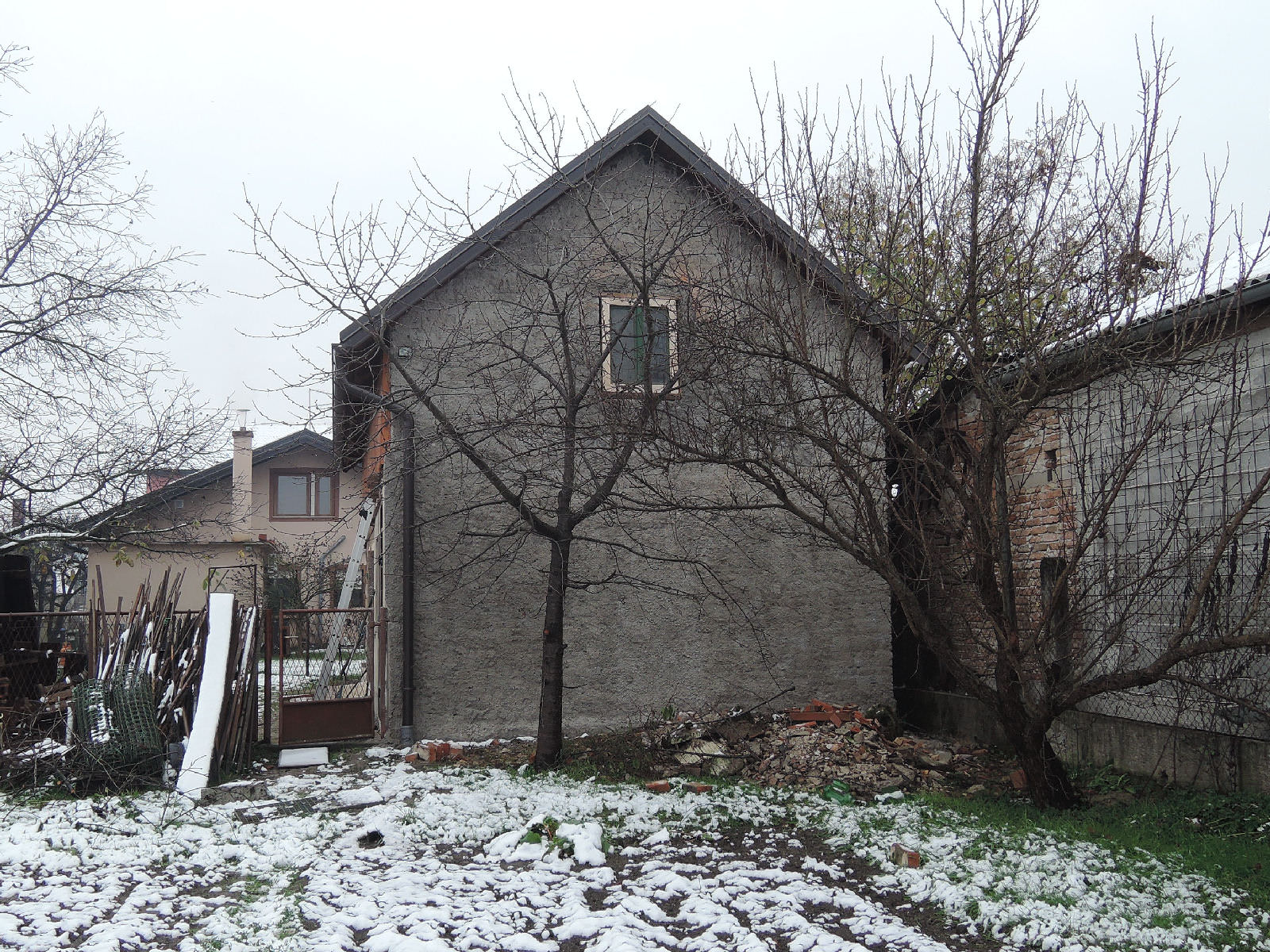 Is that good or bad? Not enough to bother breaking out the snow shovel but there's more forecast for this week

Just surprised when you said snow but then you do live in Croatia.

We've had a tiny touch of frost so far and this morning the faintest whiff of mist in the air which was so dangerous* people were illuminating their front fog lights because: Fog

A few days before that it was still 20 degrees odd.

We get that here too, although some days the fog is actually bad enough to warrant turning fog light on. Of course they don't

One thing I would say for modern cars is at least there's far less of those "it was a bit foggy so I turned my fog lights on and they're still on a month later" idjuts.

I thought the Imperial stuff wasn't too predictable these days either, apparently it was hotter for longer there than it was here earlier in the year, and we're geared up for that sort of crap. This year we had our air conditioner running, er, once.
Unskilled meddling sin©e 2007

Yesterday in that Birmingham I reached the top floor of a multi-story car park (as you do) and there were 4 women stood by a Honda Shitvic and another BMW 1 Series with bonnets up looking perplexed, as I passed them my window was still open from the ticket machine reach and grab exercise and the 'ring leader' asked me if I knew how to jump-start a car.

"yes I do, let me park upstairs and I'll be straight back down"

As I approached the pack they began chanting "I need a Hero...wooo wooo. I need a Hero...woo woo" as per that song thing. The ring leader was an attractive 40-something with 3 other 'birds' in various disguises [read: way too much make up]. The Shitvic was the flat battery and the BMW the donor, they'd got the Honda's jump leads connected correctly but could only find one positive terminal on the BM and this is where the confusion was. Using my mobile as a torch I tried peaking under the various covers and trays to find the battery....nope...nothing. I deduced that the battery must be in the boot the girl owner denied this saying there's nothing in the boot (didn't want to try explaining further) so I was left with this single 'positive post' which was were the incoming live is from the boot. The only way I could figure out completing the circuit was to find a good ground on the BM so I removed the engine cover to be greeted by the most welcome looking lifting eye of ever....hooked that up and the Shitvic started! I thought afterwards that the 'circuit' was actually the wrong way round really but what evs....

To say they were all grateful would be an understatement, but it was nice to be of help.
Cars in my care:

Our Welly in Pleases Four Women At Once Shock

You is an stallion!

Hold on, a BMW and a Honda? I'd have connected them backwards and scarpered before the fire started...