That staircase looks bloody ace, here, have a virtual pat on the back

It's a bit here and there in the detail and the wood's a bit crap but I'm quite chuffed with the overall look of the thing - who'd have thought it would end up looking like that? 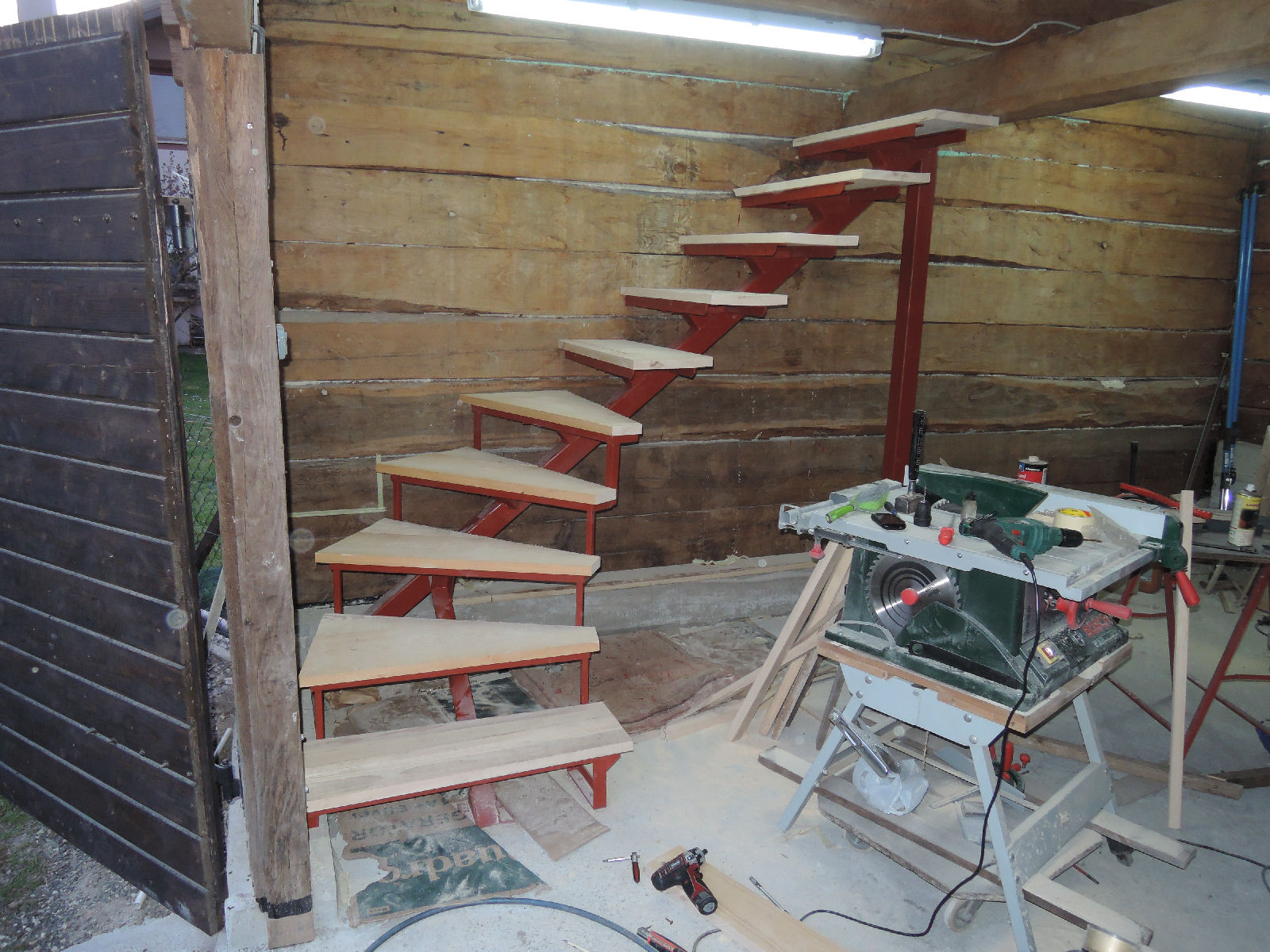 
Welly wrote: ↑Sat Mar 16, 2019 5:42 pm It's a shame the engine and gearbox combo couldn't breath life into a project car somewhere, more aggro though breaking it for spares etc..

She got hit by a car Monday, it took us a while to realise she was missing and Srećko, our old tabby tom, had to show us where she was hiding. In obvious pain with blood coming out of her waterworks, straight to the vet's she went. The x-ray didn't show any broken bones, just lots of bruising. Painkillers, antibiotics and something to promote clotting. Yesterday morning she seemed to be improving but when I went to fetch her to go to the vet's at 1 I found her in the corner of the spare room crying and bleeding again. She was very dehydrated at the vet's so she had an infusion along with everything else, the current diagnosis being perhaps a ruptured bladder. However, back home again, she was obviously in a lot of pain. She did seem to have passed a small amount of urine but was bleeding again, another panic phone call to our ever so patient vet Mirela, yes she's suffering but we have to be patient. That afternoon I kept popping up to see her but when I came in from the shed at 6:30 and rushed upstairs to check on her I found that she'd died. I know she must have been suffering but she actually looked quite peaceful.

We took her for an autopsy, Mirela wanted to know as much as we did, she found that her kidneys had been destroyed: she didn't have a chance.

After the fight we went through with feline infectious peritonitis (which has a less than 20% chance of survival), spending hours with her on my lap while she was getting infusions, I felt really close to her (hence the preposterous name) so I feel like I've lost a very close friend.

I feel like I knew her for years but she was only 2. 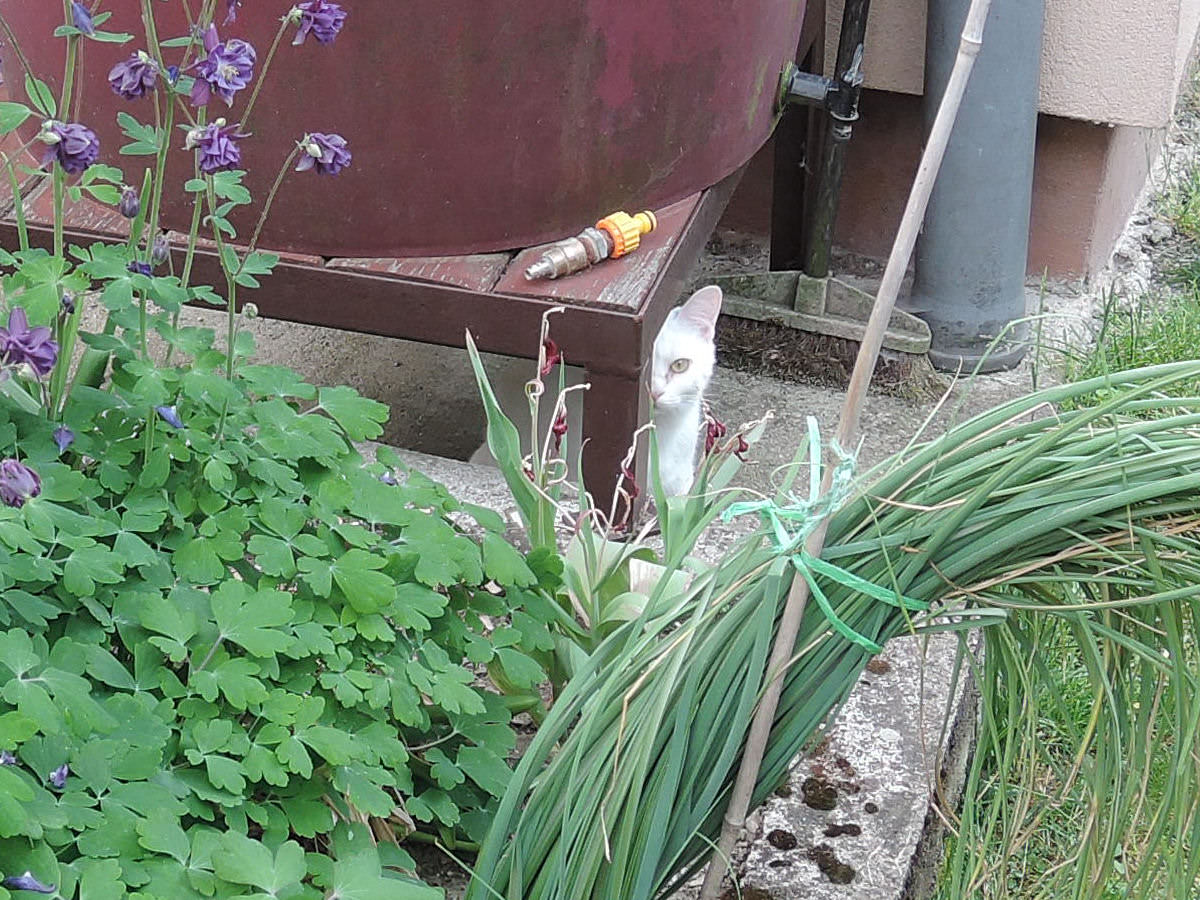 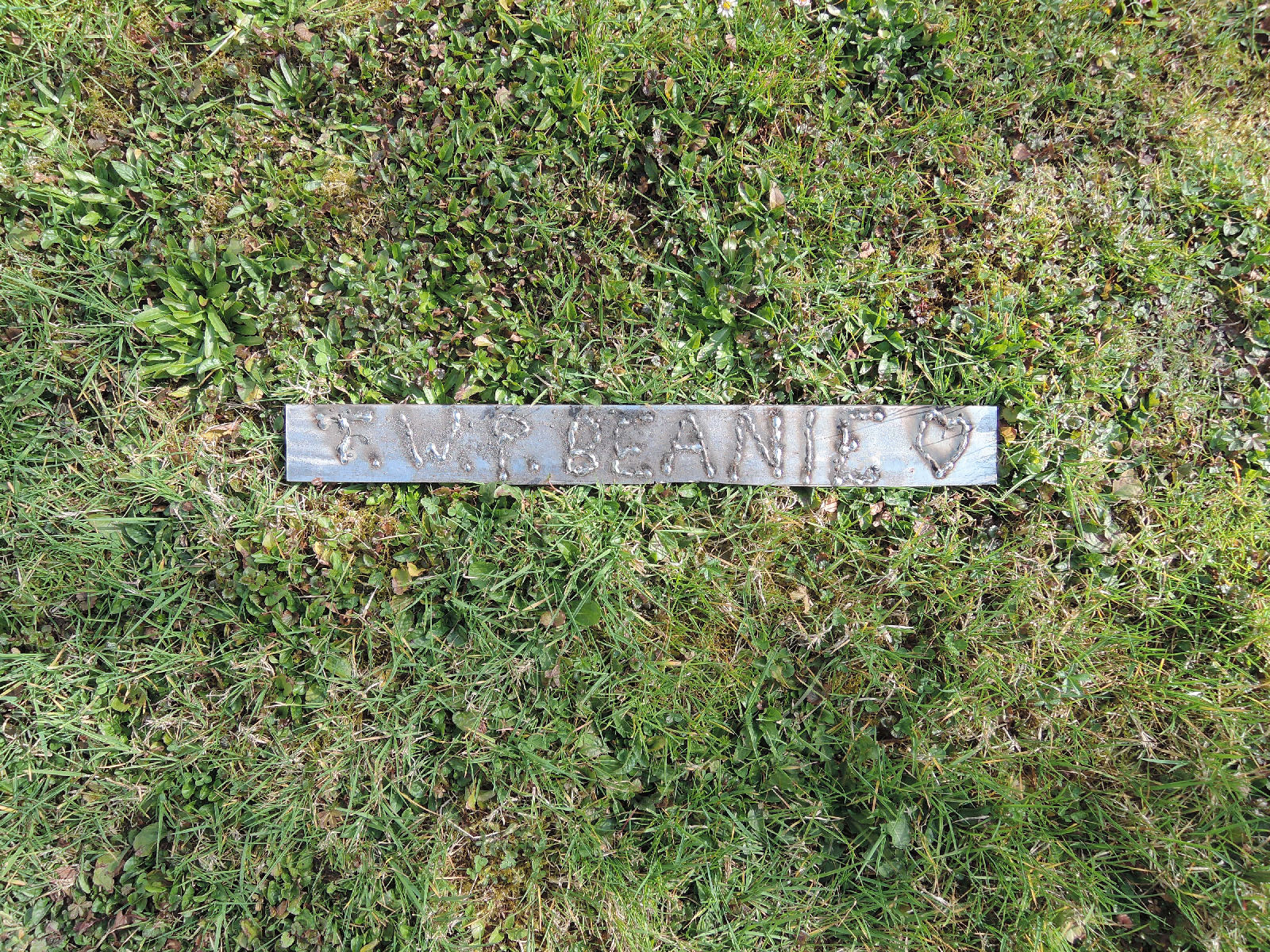 very sorry Steve, ain't it crap when sxxt like that happens.
We buried our last cat just a year ago, not going to try & replace them.

Can't go through that again for a while after 20 years I'd become quite attached.
2002 110 HDi estate, Rapier in monaco blue! ( found quite a bit more power

They're all unique; you can never replace them. But there's no harm in becoming the full-time employee of another cat if that's what brings you comfort.

Sorry for your loss Steve, and RIP to Teeny Weeny Propeller Beanie.

We had one cat - a beautiful tortoise-shell named Sophie - that survived being hit by a car; it smashed her pelvis and left her unable to walk. It took a long time for her breaks to heal up, and she eventually managed to get walking again, but her personality had *completely* changed - she became very, very clingy, whereas she was always a bit shy and stand-off-ish before the accident. Poor girl ended up being put to sleep after suffering kidney failure.
2002 (D9) Peugeot 406 Coupe SE, 2.2 litre Petrol. Scarlet Red/Rouge Ecarlate/Rosso Scarlatto. Black Leather interior. SOLD

That's very often the case, I'm told cat food has way too much protein in it and will eventually damage their kidneys. I lost John John that way, although I found him in my garage one day probably after being hit by car and his jaw was broken so he had too few teeth left to know how old he was.

Thanks guys, I really appreciate it. We do have 5 left (well, 6 if Annie decides to stay) but they're nothing like as friendly. Beanie was always pleased to see me where ever she was, I could pick her up, turn her upside-down and give her a cuddle and she'd go limp, look up at me with half closed eyes and purr. Charlie tolerates that kind of behaviour but not for too long, Pickle just puts a paw on my face and pushes. I wouldn't eve dare with the others. Then there were things like I'd be working in the shed with the doors closed when there'd be a lot of shouting outside, open the door and there's Beanie "Come on dad, you've been in there long enough." I think she realised I'd saved her life, I'm so sorry I couldn't do it this time.

Croat cats are more feral than UK cats, smaller (Srečko is pretty big for one and he's 6Kg, Beanie was 3.5 the last time I weighed her) and shorter-lived, the oldest cat patient Mirela ever had was 18.

I should post some pictures but I really can't face it, she's been gone for 2 days and I'm still in a state. No, she wasn't just a cat, she was my friend.
Unskilled meddling sin©e 2007

Sorry to read of this Steve, she was obviously a great cat to have around and then you were also a great guardian for her so rest in the knowledge she had a nice life sharing your home for the time she did.
Cars in my care:

It just gets worse, this afternoon I'll be burying Srećko. A month or so back he had a bladder infection, that all cleared up but Saturday evening it became obvious he was in trouble again, back to the vet's but Ana there couldn't get a catheter into him. Seems his urethra was blocked and the diagnosis was bladder stones. She worked on him for an hour and managed to get some flow going but Monday he was completely blocked. More work to clear it but it was looking grim. Yesterday he got an ultrasound, his bladder was so full of stones it looked like a snow globe on the display so he was booked for surgery this morning. At almost 15 we knew it would be a risky business, he actually survived the surgery but his urethra was pretty much destroyed. It would have bee a painful recovery with little chance of any quality of life, so a decision was needed to end his suffering. I couldn't do it though, I got t'wife to double check me and she made it. After what happened to Beanie I really couldn't handle it. 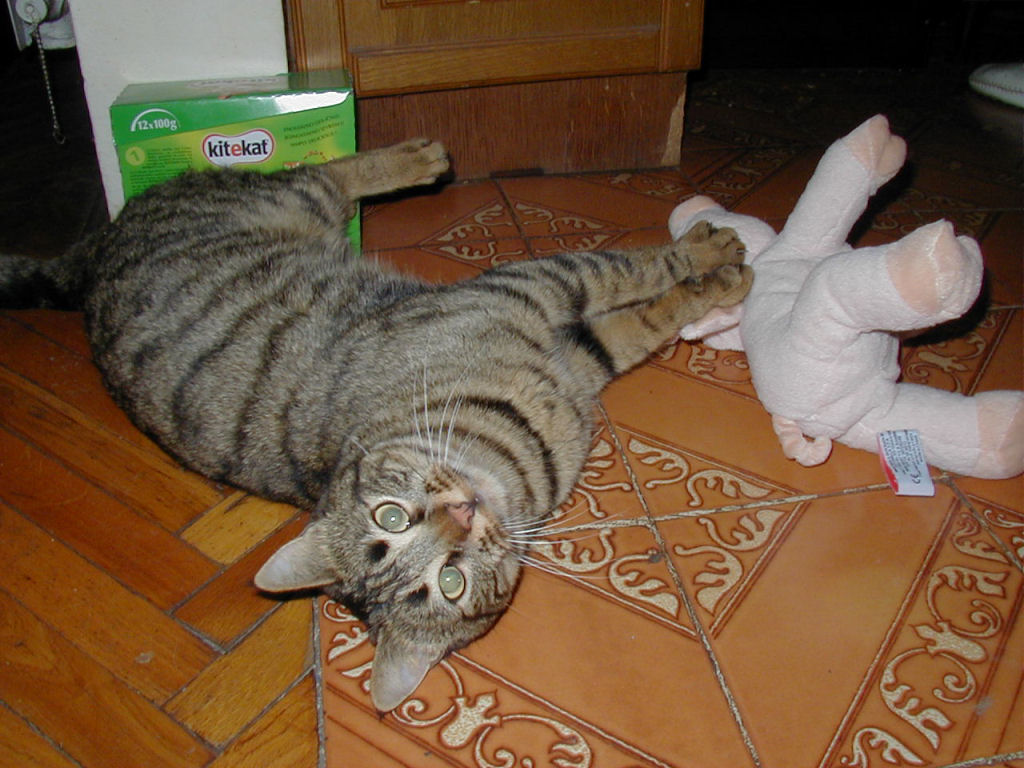 I'd seen what they took out of a cat earlier in the day, it was like fine sand, but what came out of Srećko was more like gravel.

I'm still quite tearful but he had a good long life, he was a very nice pussy cat. I just have 1 more thing to do for him.
Unskilled meddling sin©e 2007

Job jobbed, he's out in the back lawn, together with Billie, Mary-Jane and Beanie. Goodbye Ming Ming, you were a prince among pussycats.
Unskilled meddling sin©e 2007

Lets hope that's enough now and you're left in peace to recoup.
Cars in my care: