Seriously though while it's hard to imagine anyone stealing pet cats, lurchers have been going missing for years and there are plenty of recent tales of pricey pedigree dogs being stolen.

I can has new Aldi 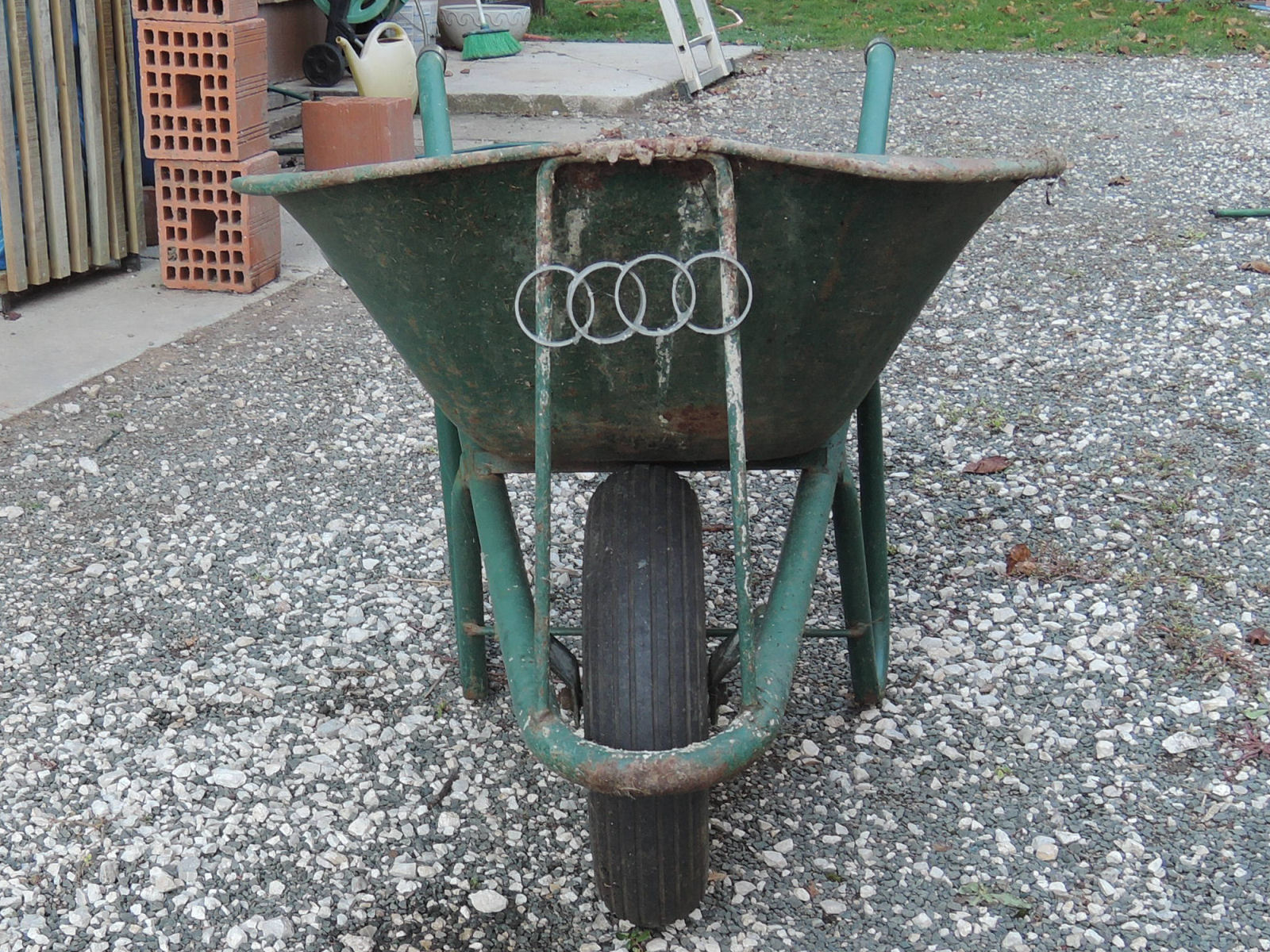 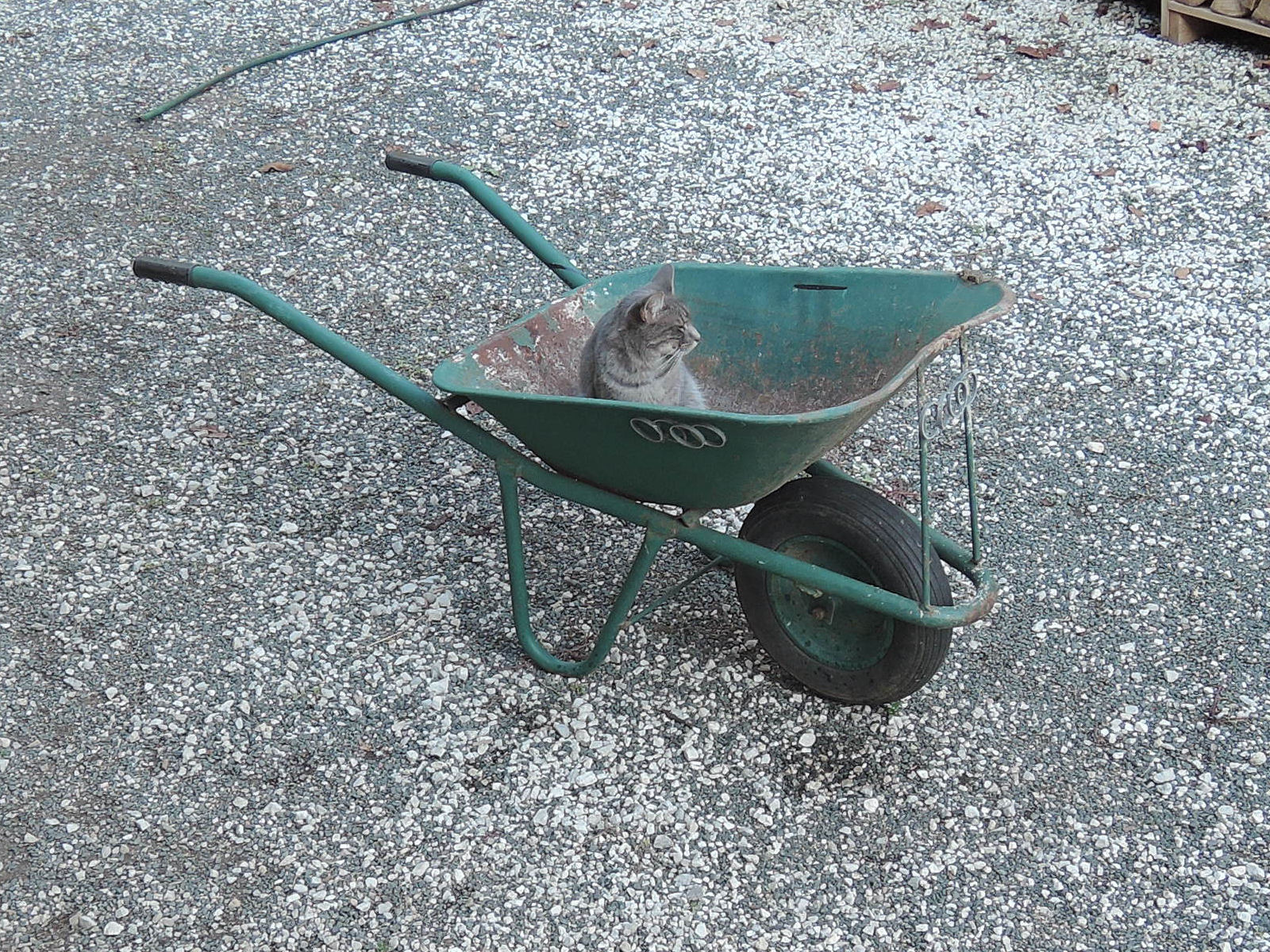 Oh wow I'm jealous now, is that the Cabriolet version with the optional 'rear steering input' pack?
Cars in my care:

Oh yes, and note the rock hard high performance suspension and indicator delete (to attract BMW owners) packages, it's a real pussy magnate! Could be yours for a mere $40,000. Go on, treat yourself, you know you deserve it

You could also put a Prius badge on it, as an excuse to stop working every now and then for a recharge....
2003 2.2hdi estate - mine
2019 Citroen C3 something - wife's
Currently eyeing up a classic Volvo...!
PP2000 user, can help with faults / diagnostics in the Bournemouth area.
Top

Sadly the badge fell off the front

I have some news. Or some new mews... I didn't want to post about it before because it seemed to soon after Welly's stolen pussy cat but I'm thinking maybe it'll be ok now: We have 2 new kittens, bringing our feline total up to a nice round 10.

This is Kika (Kristina): 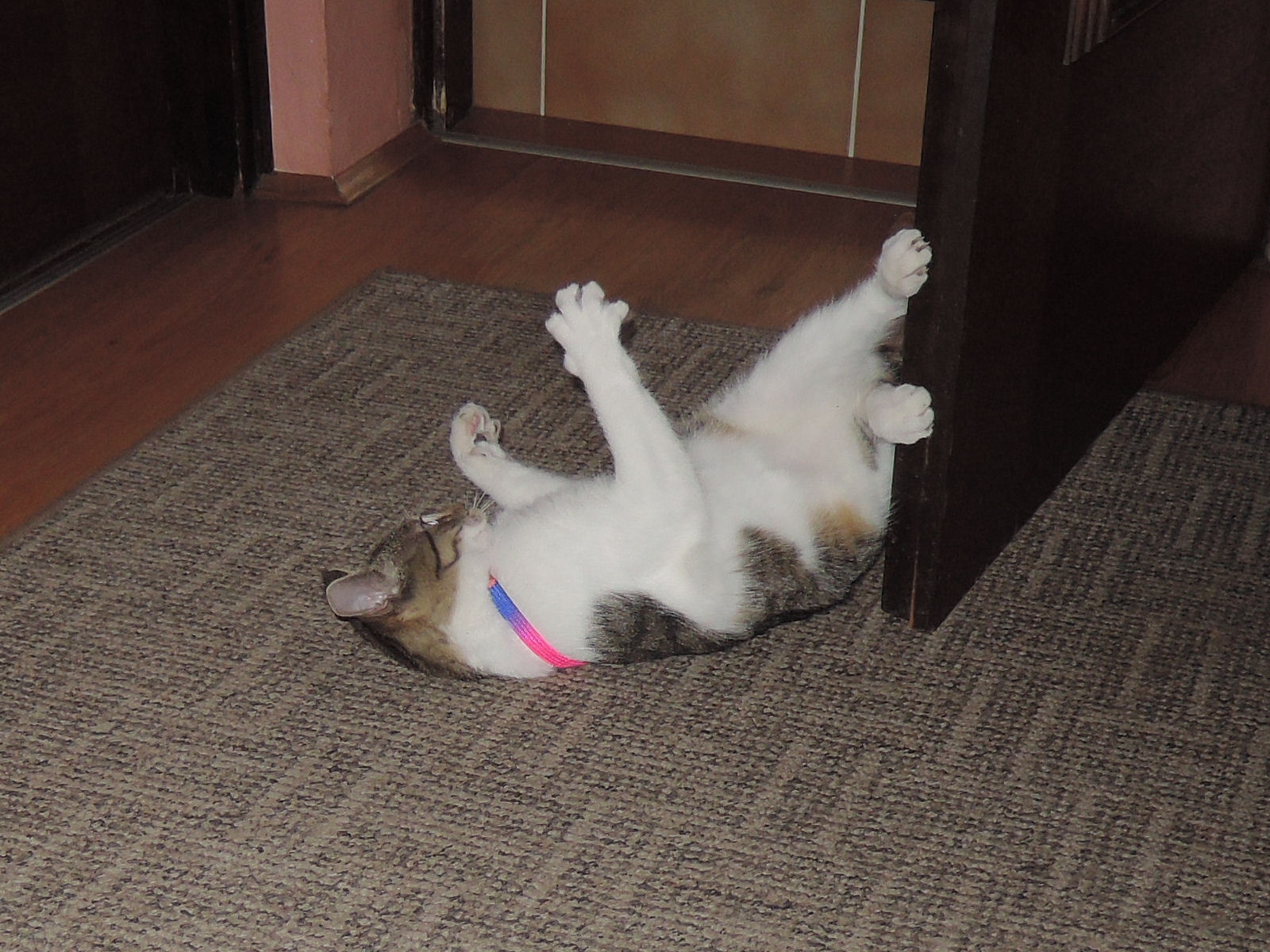 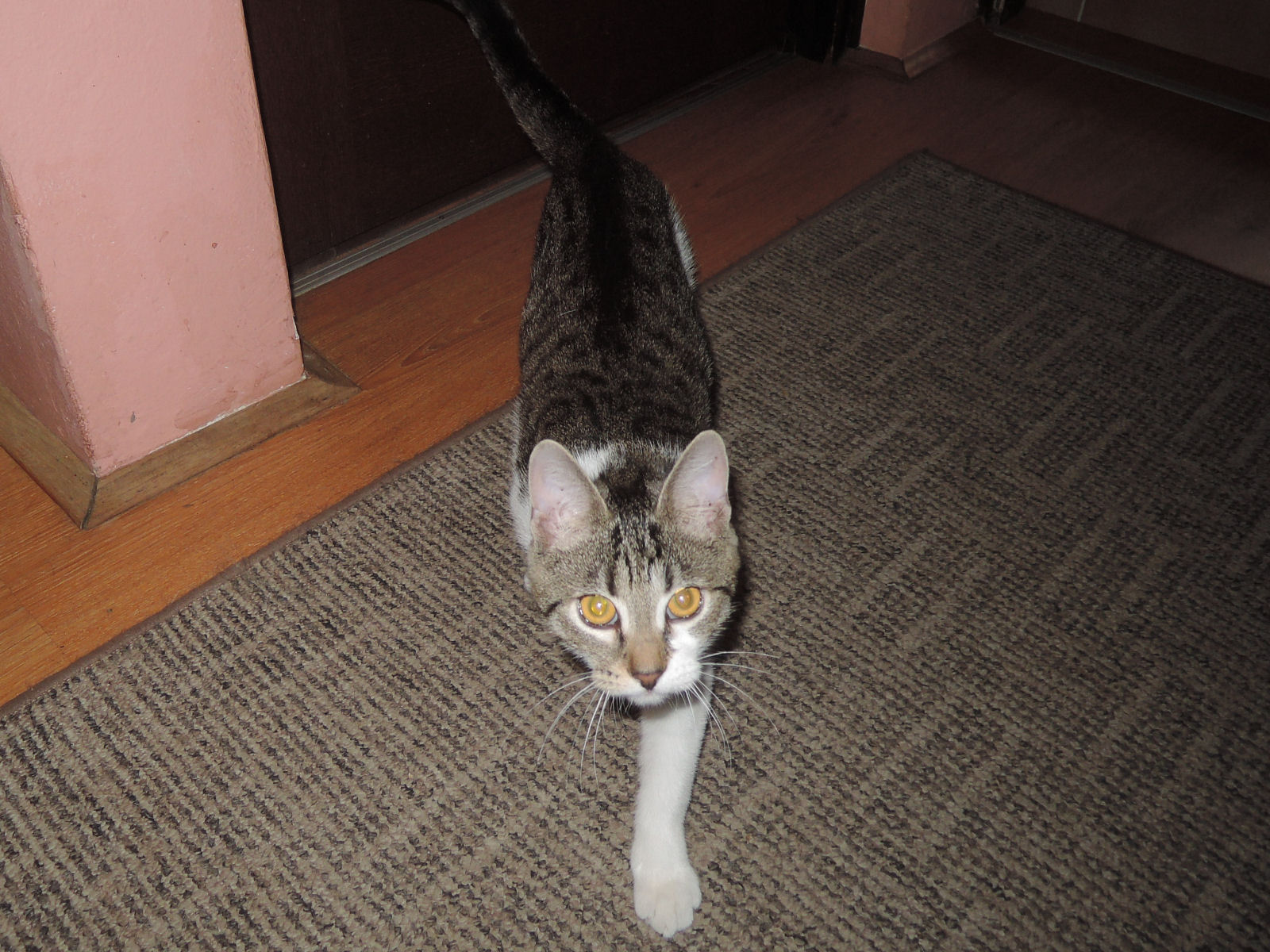 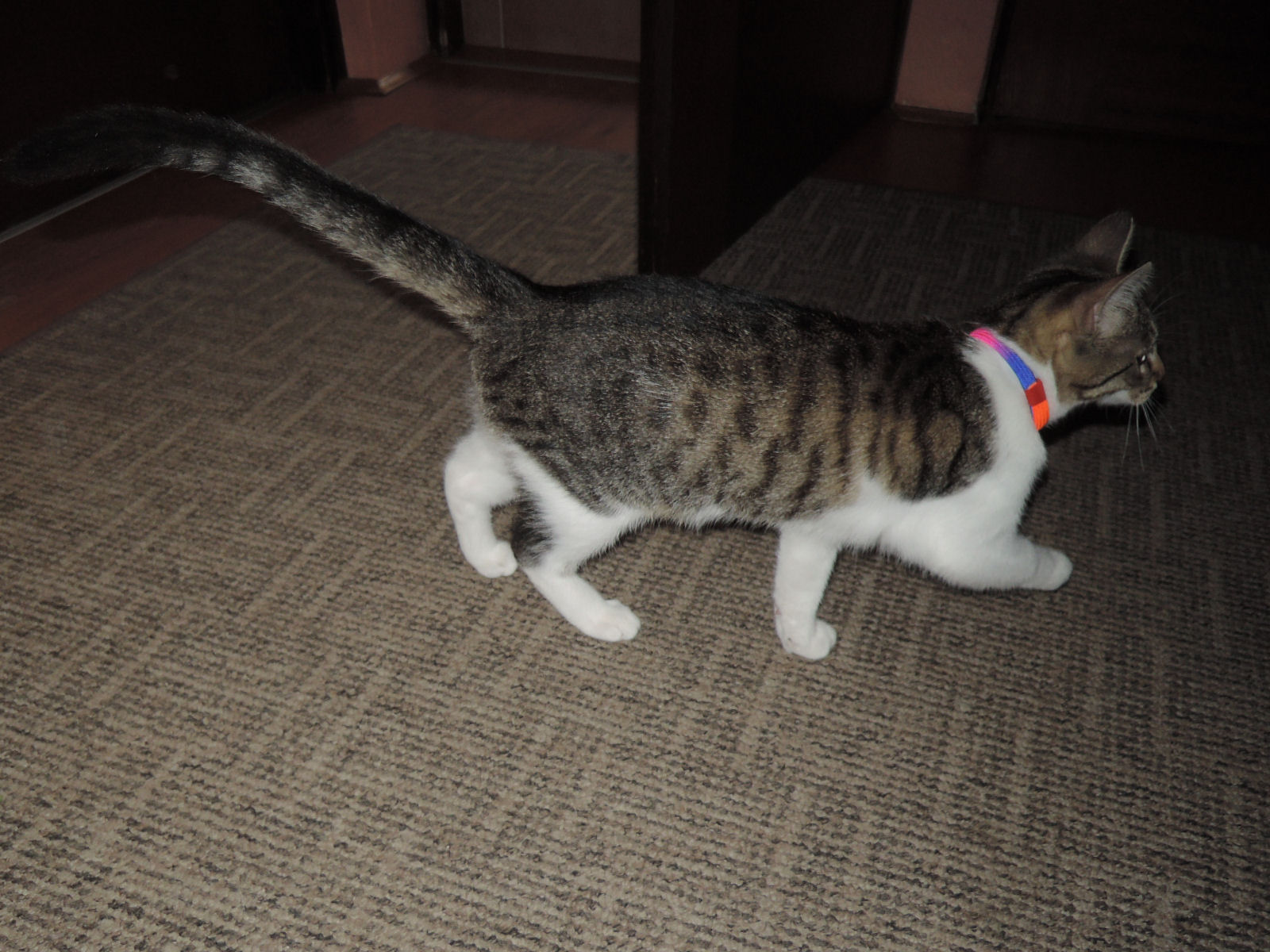 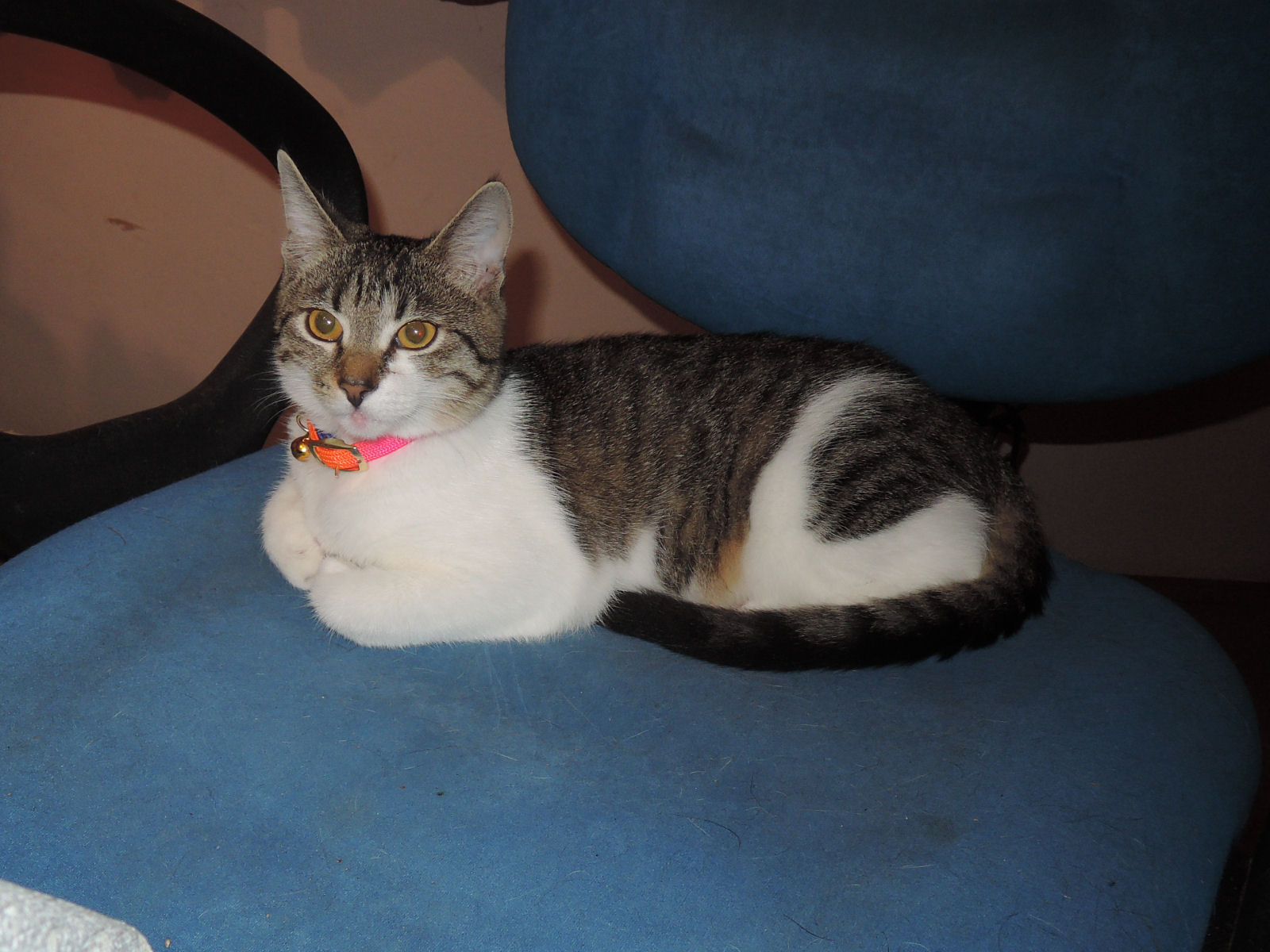 Age about 5 months. We were meant to get her before but we had a lot of problems with kittens dying of panleukopenia the last couple of years, which seems to be present in the environment here and, as she was too young, the lady that found her gave her to her step father to look after until she was old enough to be vaccinated but when it was time he couldn't part with her. Sadly he has since died, and Kika was again looking for a home.

This is Mina (Wilhelmina): 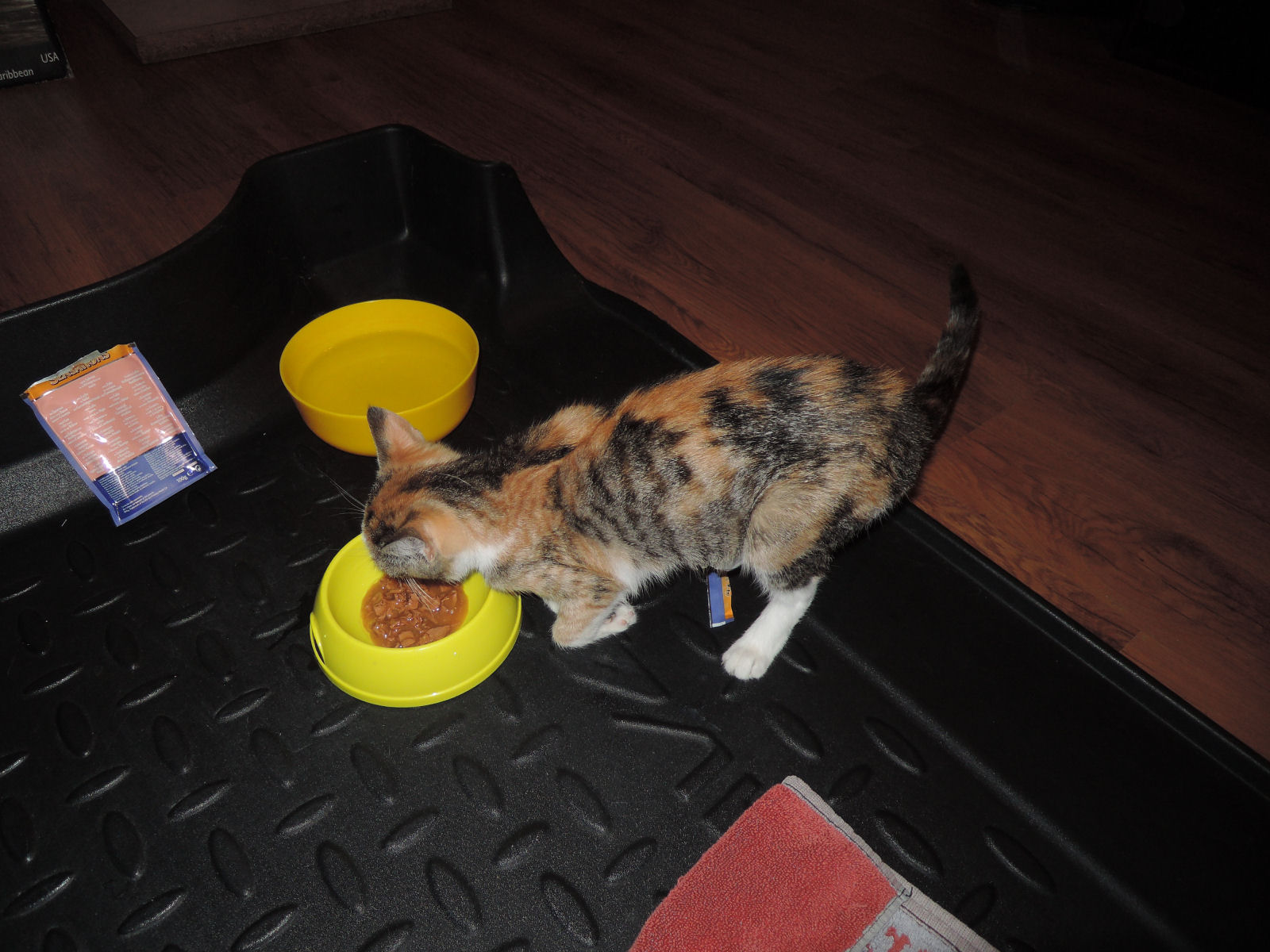 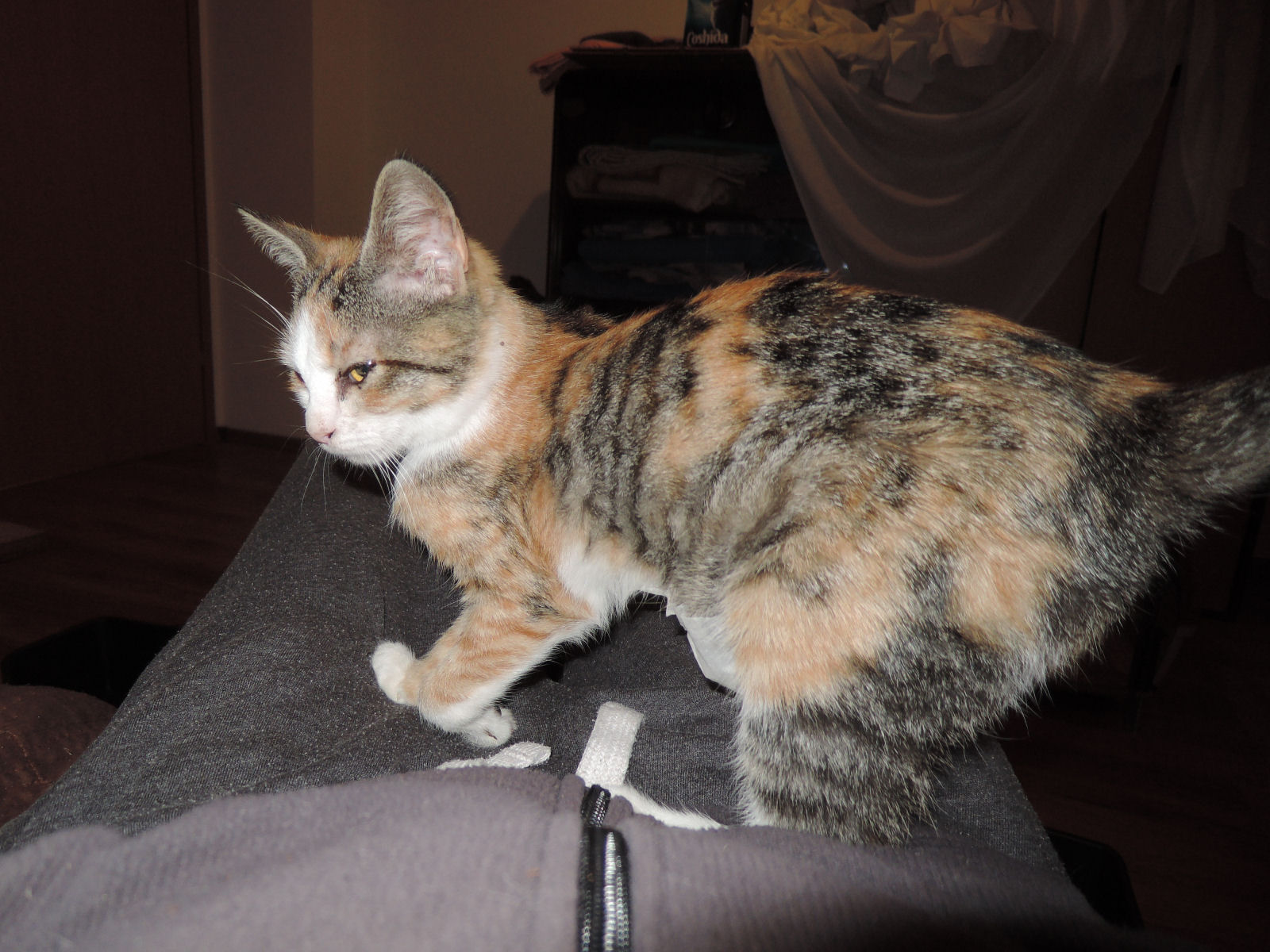 Age about 4 months. She only arrived yesterday after vaccination and sterilisation. She'd been at the vet's for about 6 weeks and I kept seeing her there, sadly she has a bum leg and with all the other perfect kittens they have there I didn't think anyone would want her. The thing is I had a cat, Billy, who had the same bum leg but she lived until 14 and it never seemed to slow her down, so it wouldn't bother me. So I said if nobody else wants her and when she's vaccinated, we'd take her. Well, yesterday we got a phone call - "Your new cat is ready."

Also the human count has gone up one: We've had my dad staying with us since August. His old dog finally passed away and we all thought it was time for a visit. Then this stupid virus thing got worse over there (here too but nothing like as bad) so it kind of looks like he's sitting it out over here. All I have to do is keep him busy

He's 87, got terrible arthritis, but he just doesn't know how to relax... 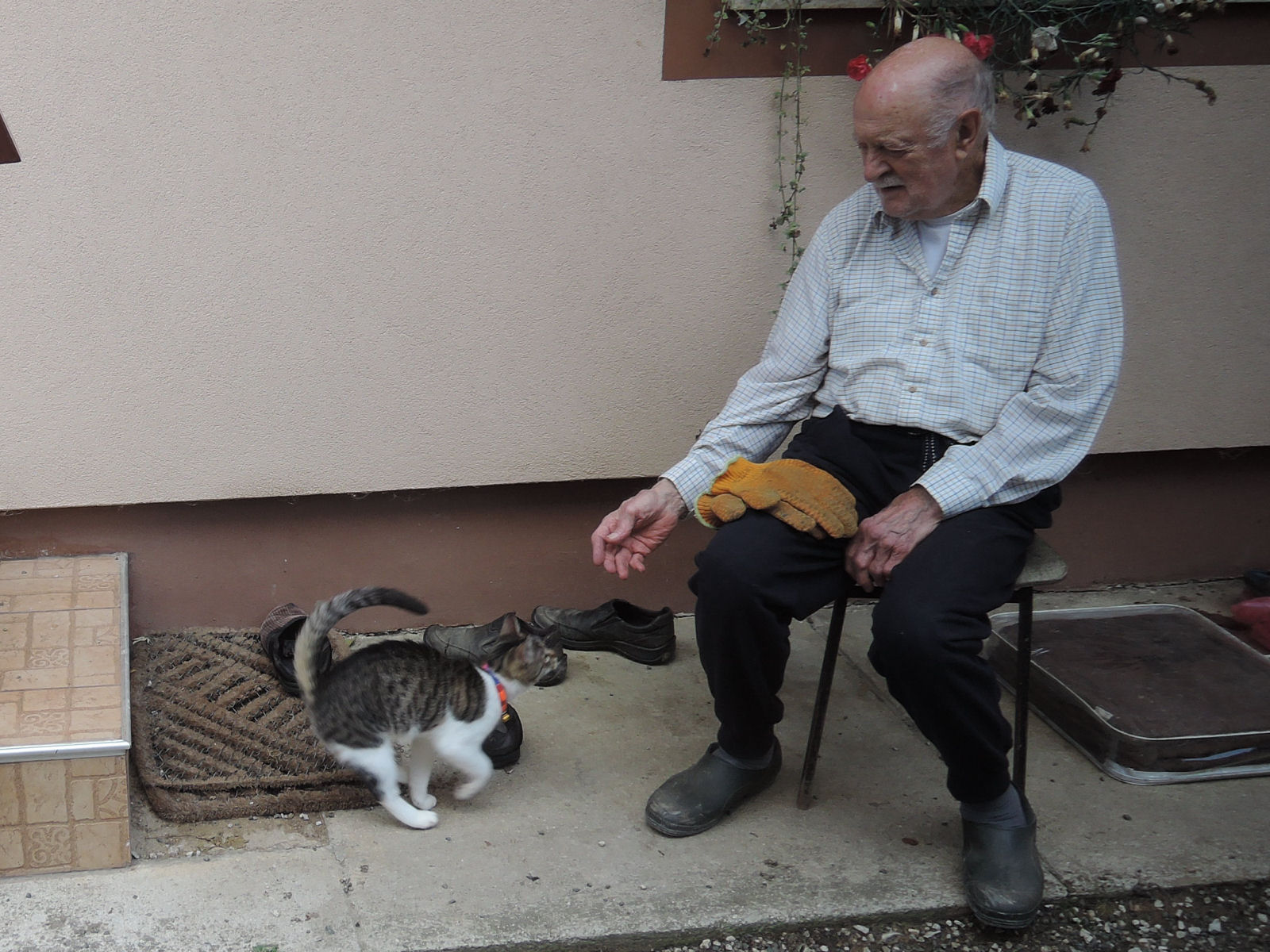 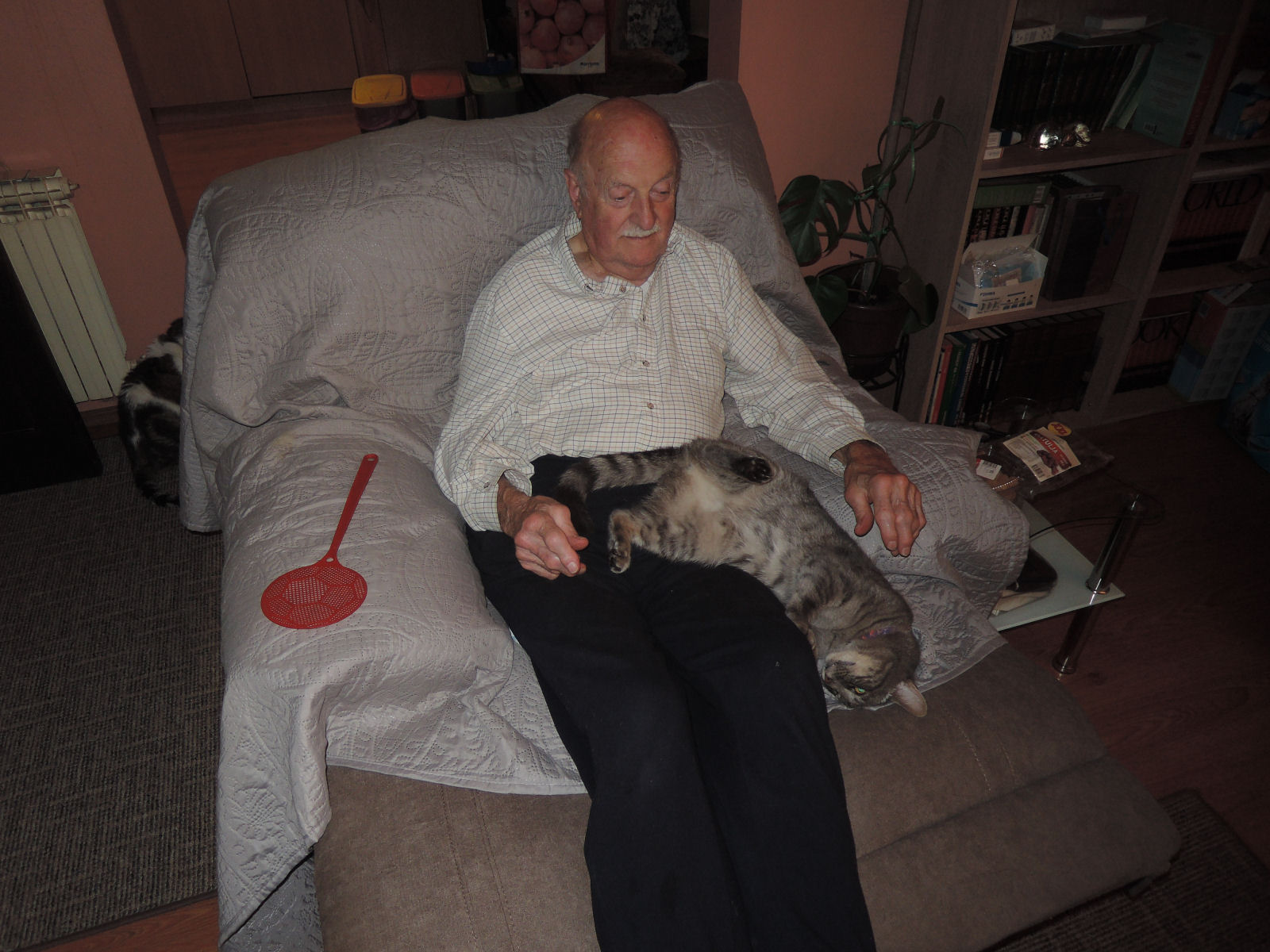 He also loves all the animals here

At least you're not worrying how your dad's getting on in the current chaos.

Now there's a surprise, guess you inherited that particular trait.

I, on the other hand, am perfectly capable of doing sod all, just can't seem to stop feeling guilty if I do.

Fatha_Earwig looks a nice man, he has a friendly look about him

Have you tried feeding him Whiskey? that might slow him down a bit

My wife feeds him the odd half a can of lager (blurgh!) but whiskey? No. He says he was drunk once, when he was doing his national service in the RAF, but he couldn't see much appeal to it and never did it again.
Unskilled meddling sin©e 2007

Me too, although I seem to have the reputation for being hard-working

One thing that keeps me going is the thought that if I don't do it now I'll have to do it later, when I perhaps have other things to do. I kind of think of it like I'm 3 people: past me, present me and future me. So the work I do now saves that poor sod future me from having to do it, while at the same time I also have to do the stuff that lazy git past me couldn't be bothered to do.
Unskilled meddling sin©e 2007

Howdy folks, how's it ging? Not so bad here, although the mask thing is beginning to pale (I should really head of to Welly's Covid thread to update that one). So, my dad's been here for more that 4 months (!), he's ok but gets bored now the winter is upon us and the garden's turned to mud, plus he tends to seize up if he sits down for too long. SO he got it into his head to build a path from the corner of the house up to the barn (shed, mancave...). Ok, if he wants, I was going to get the whole lot scraped off and gravel laid proppa like but if it keeps him happy. 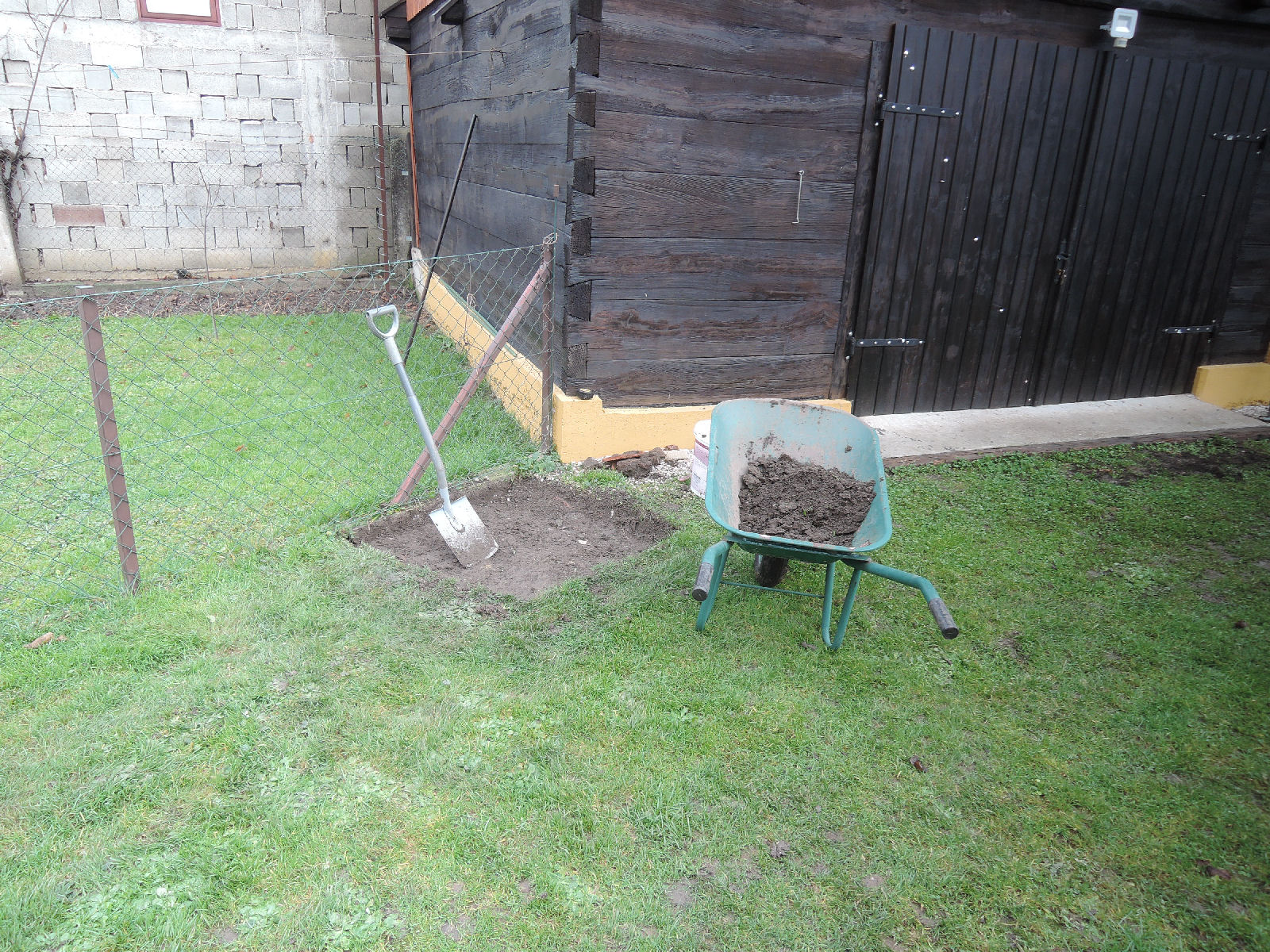 The ground is a compressed mix of gravel, mud and the odd bit of rubble. 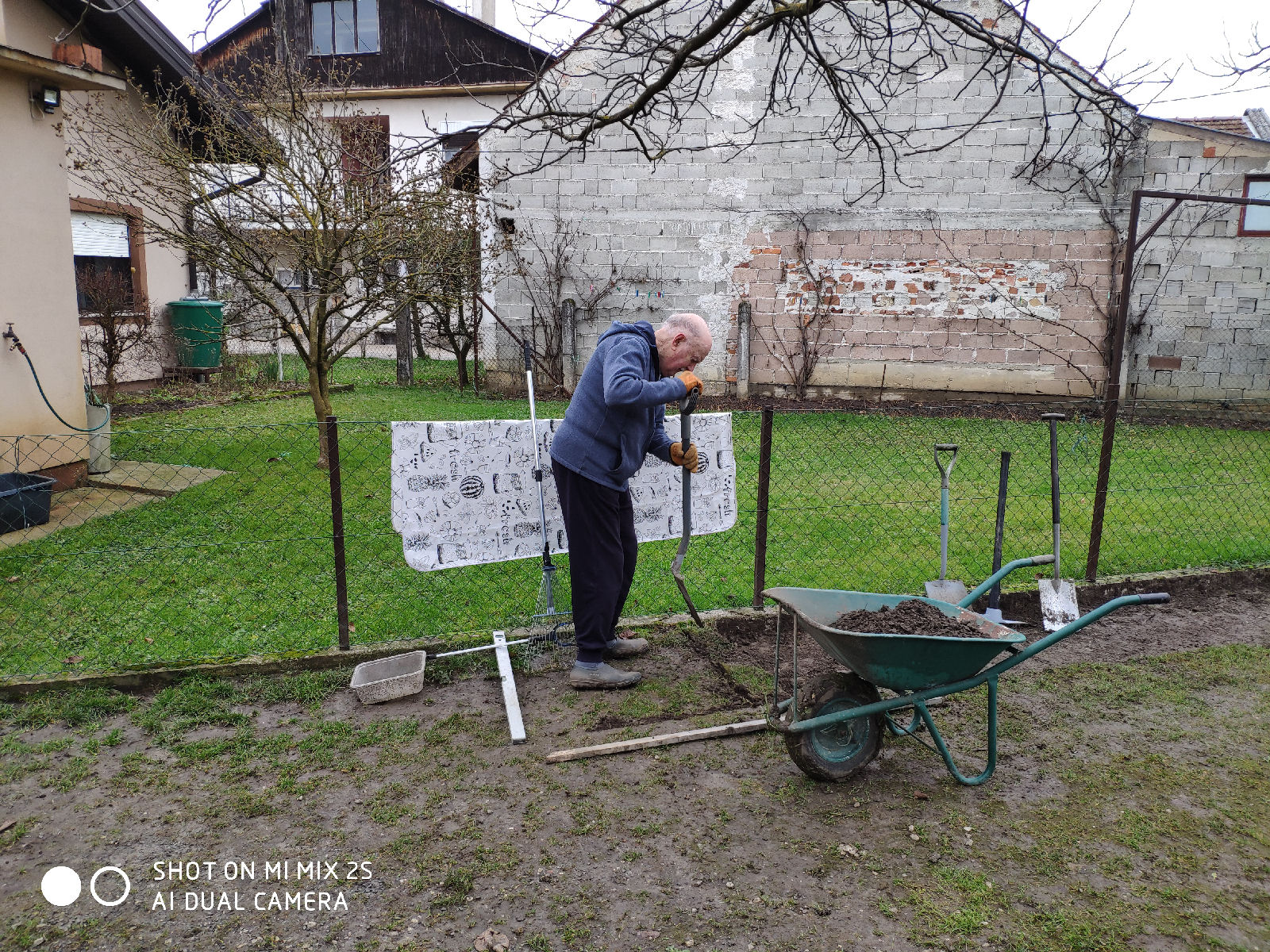 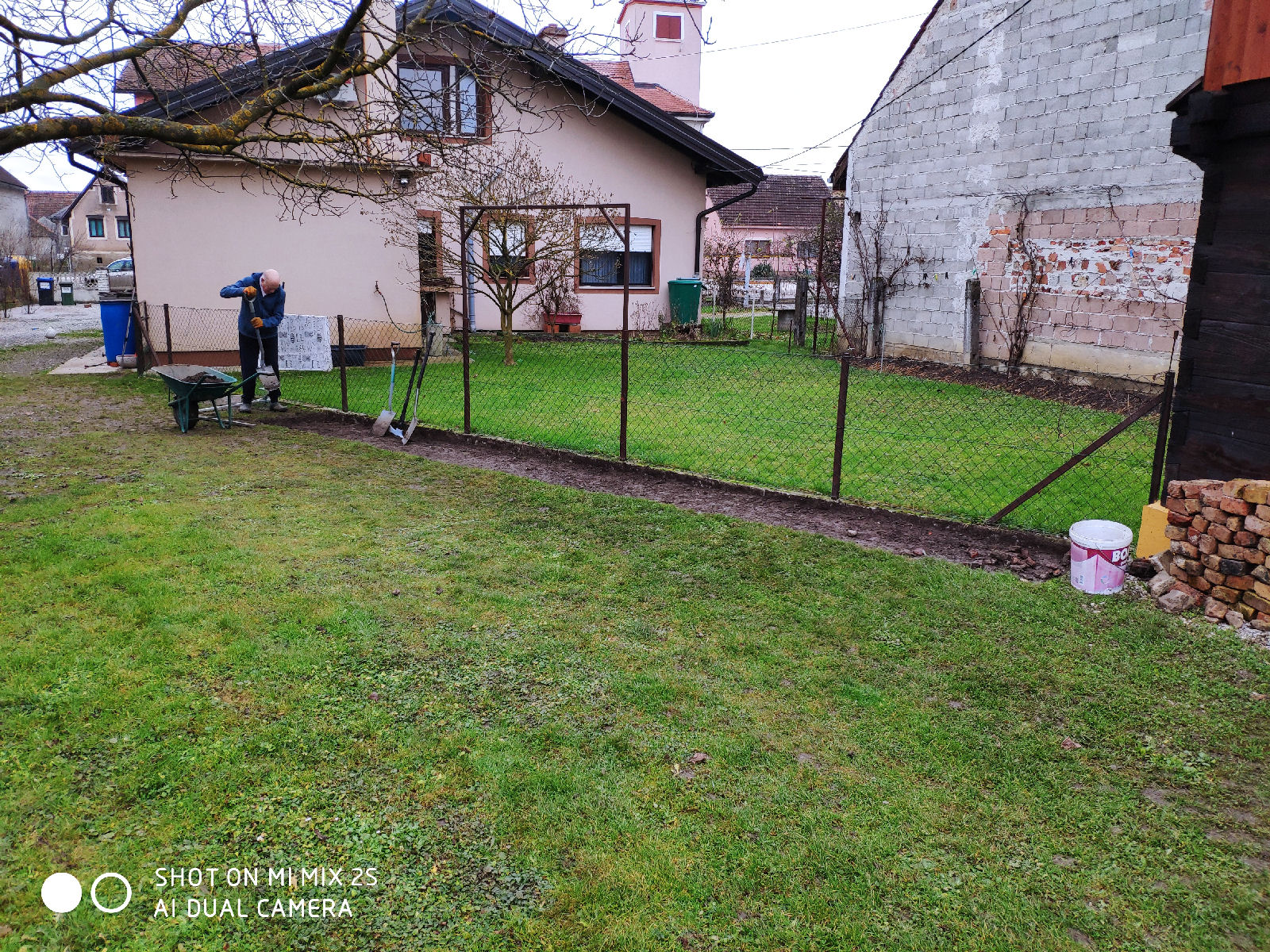 Things were progressing slowly but Shirley until this morning, when his spade hit something that went clunk. Now I knew there was something because the snow melted there first but I assumed it was drains (although why they'd go up the yard and back again I didn't know but I figured because Croatia), I meant to investigate but failed to find anything when I next thought of it (summer, when I'd forgotten where it was...) 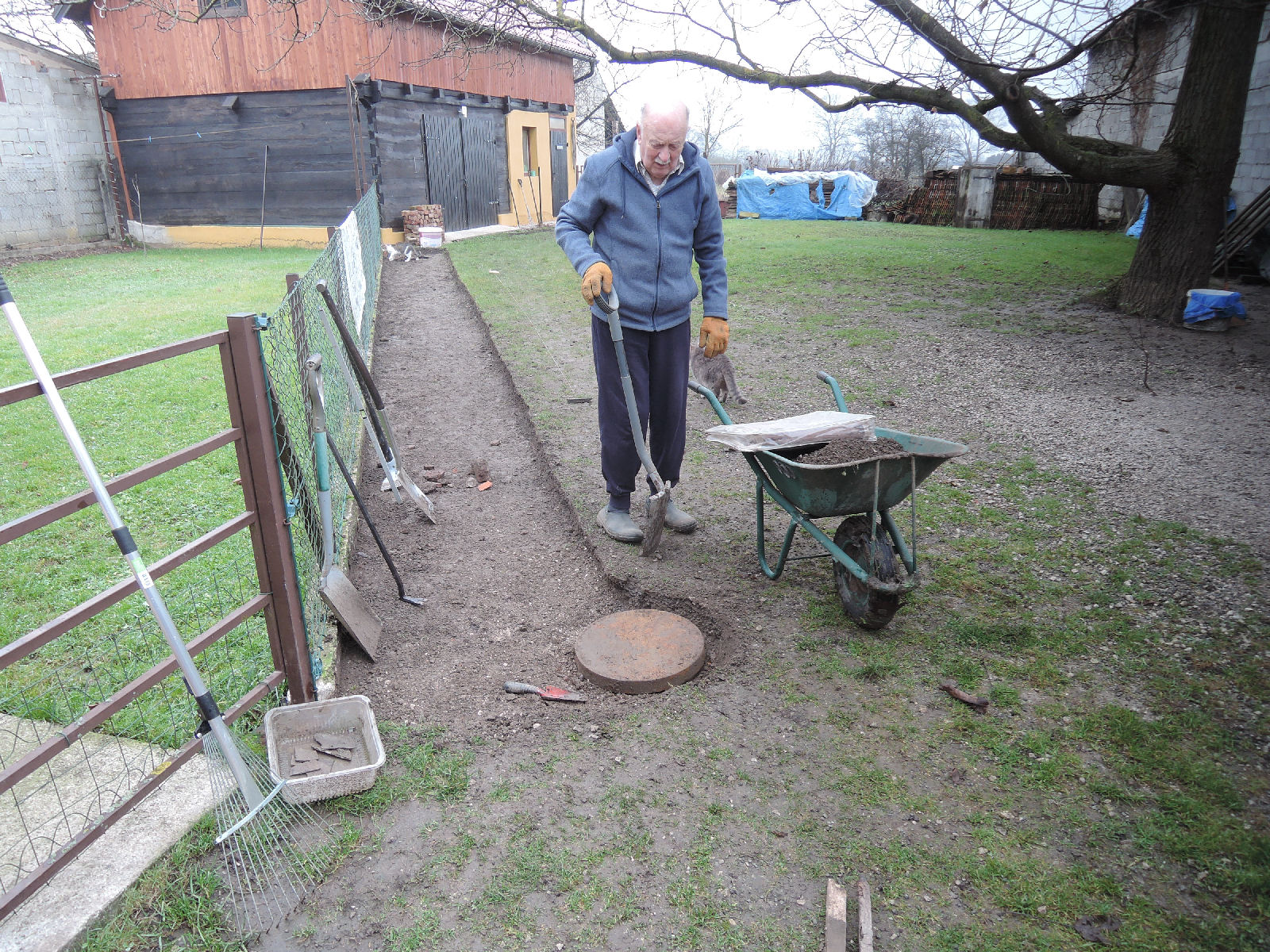 Metal lid, what could it be? Arms cache? Mass grave??

We lifted the lid with trepidation, what's this then? 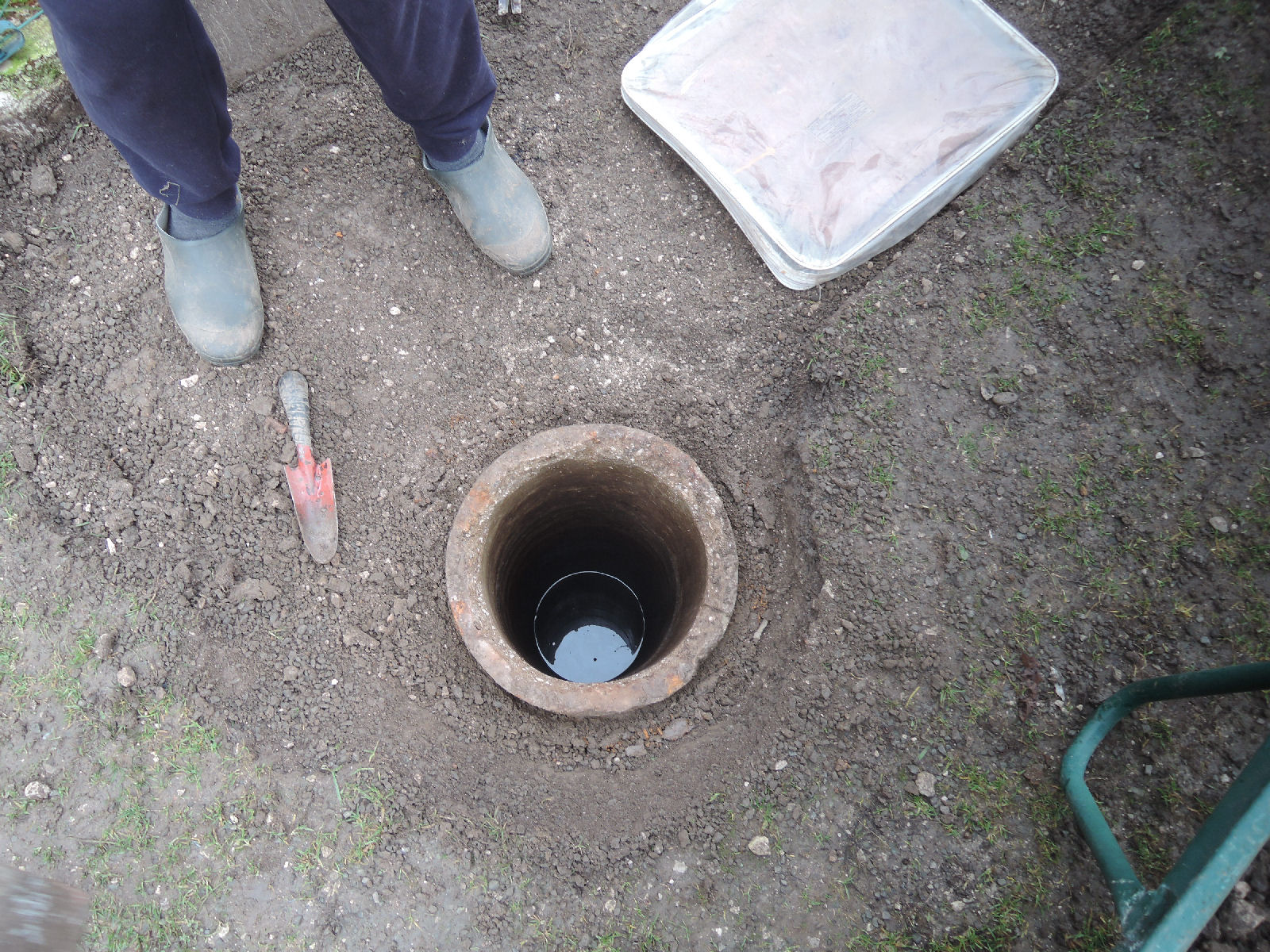 Water level about 2.5m down, got my 3m snow clearing pole to it but it failed to reach the bottom - lordy!. So I got a weight on a string which dropped down more that 6 meters. It can't be anything else, well i'll be blowed 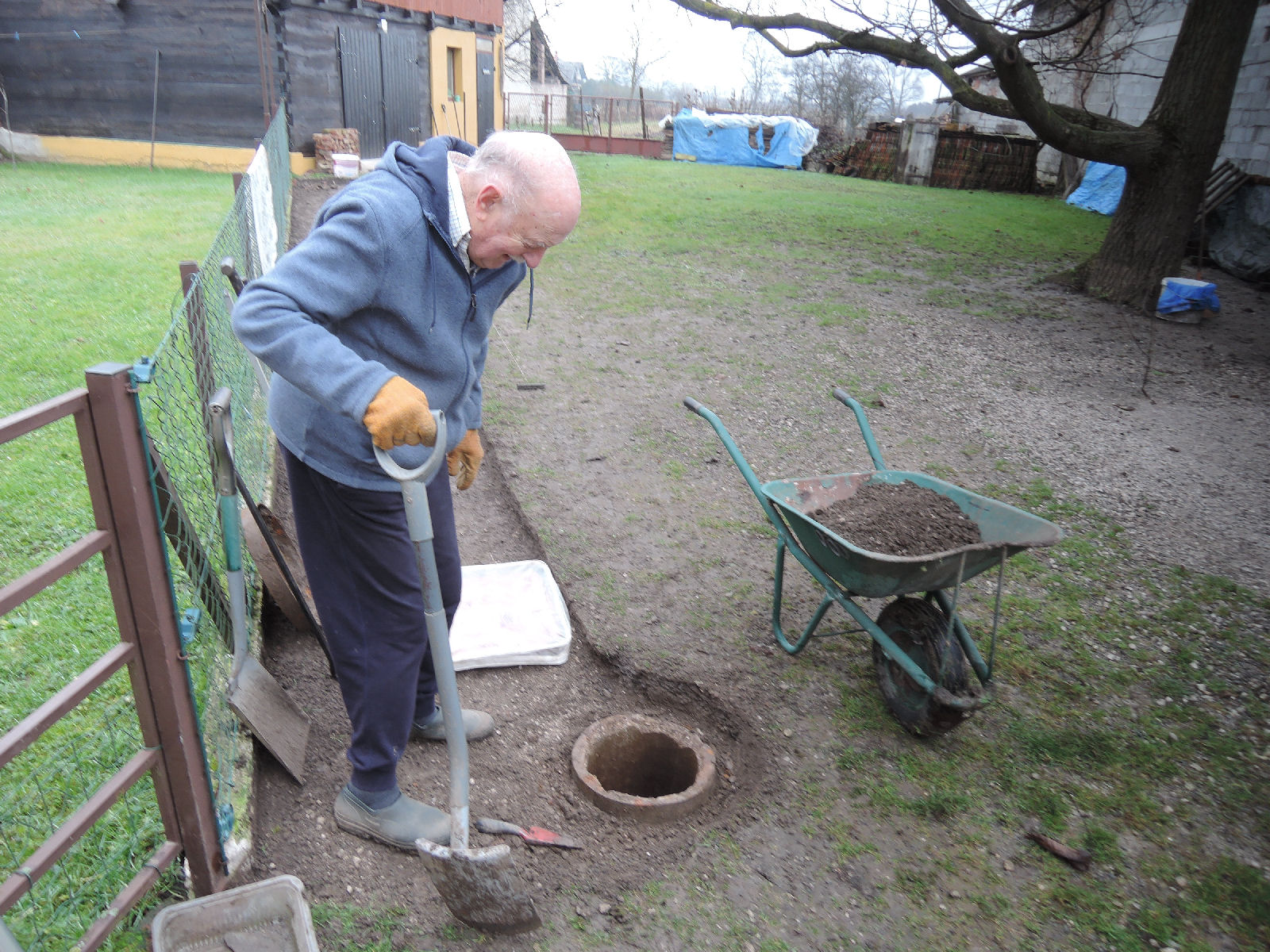 The question is, how am I going to use it? I suppose I could start by getting rid of the water butts...

Meanwhile, the two kittens, Mina and Kika, are now besties 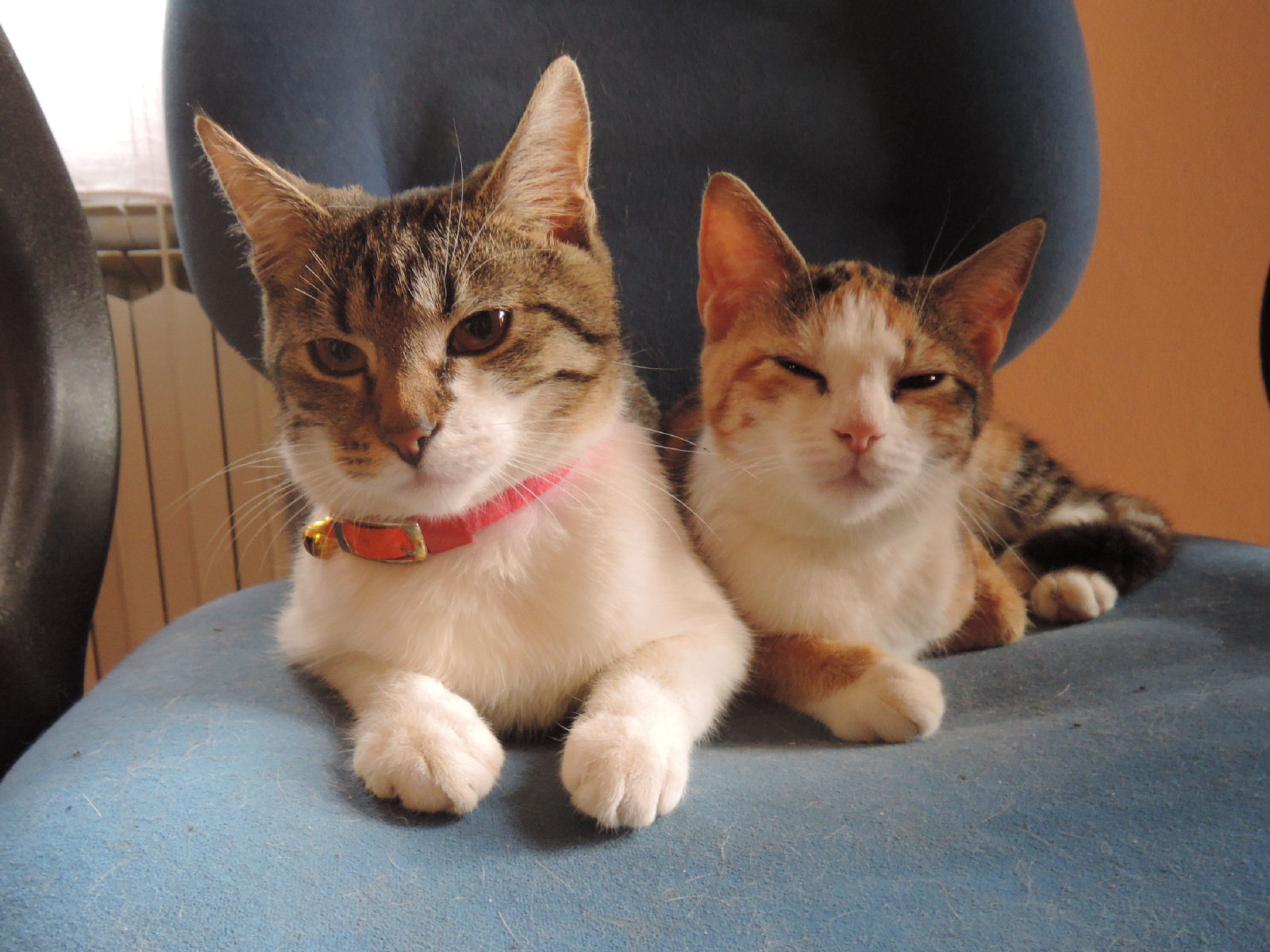 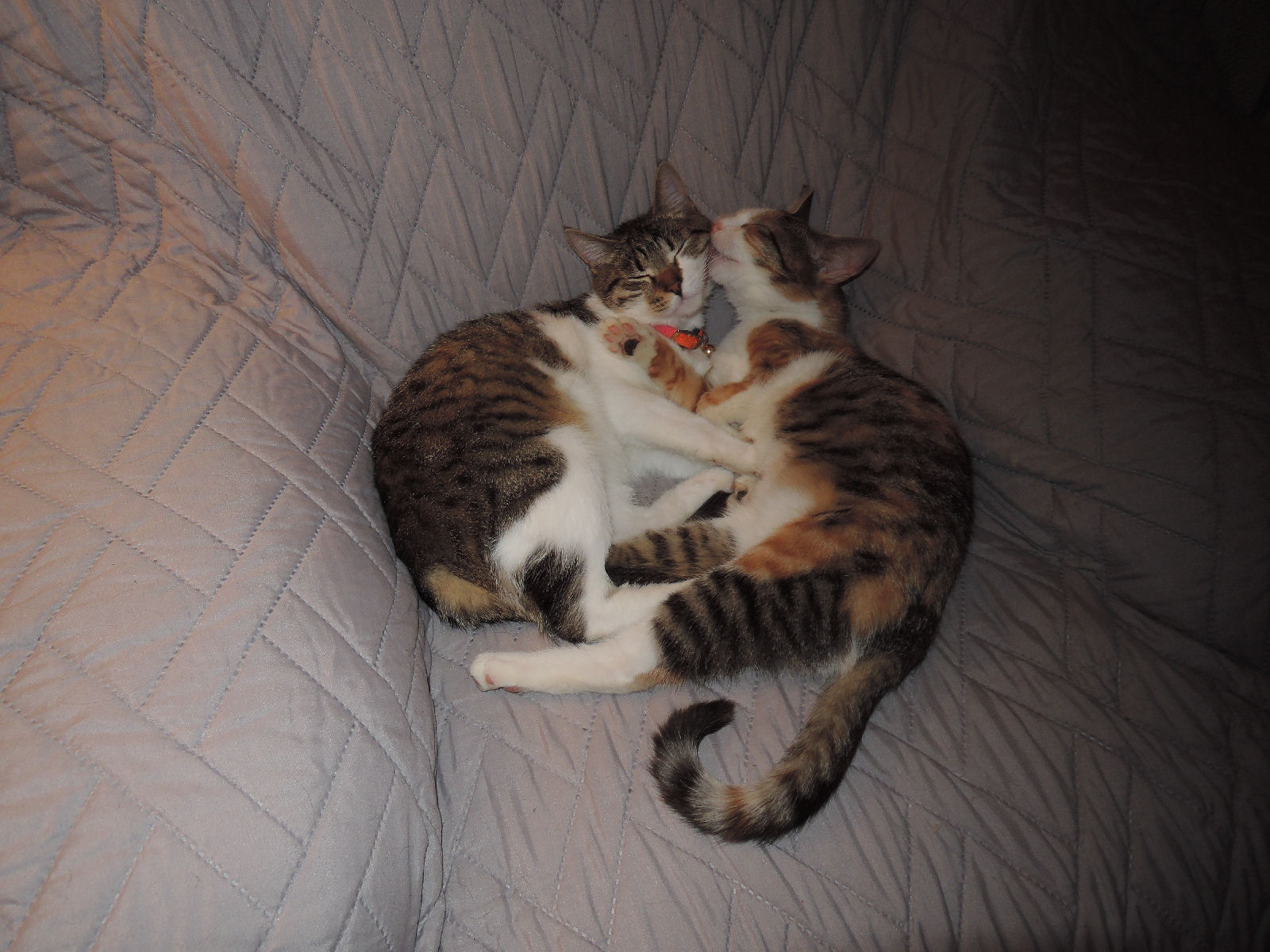 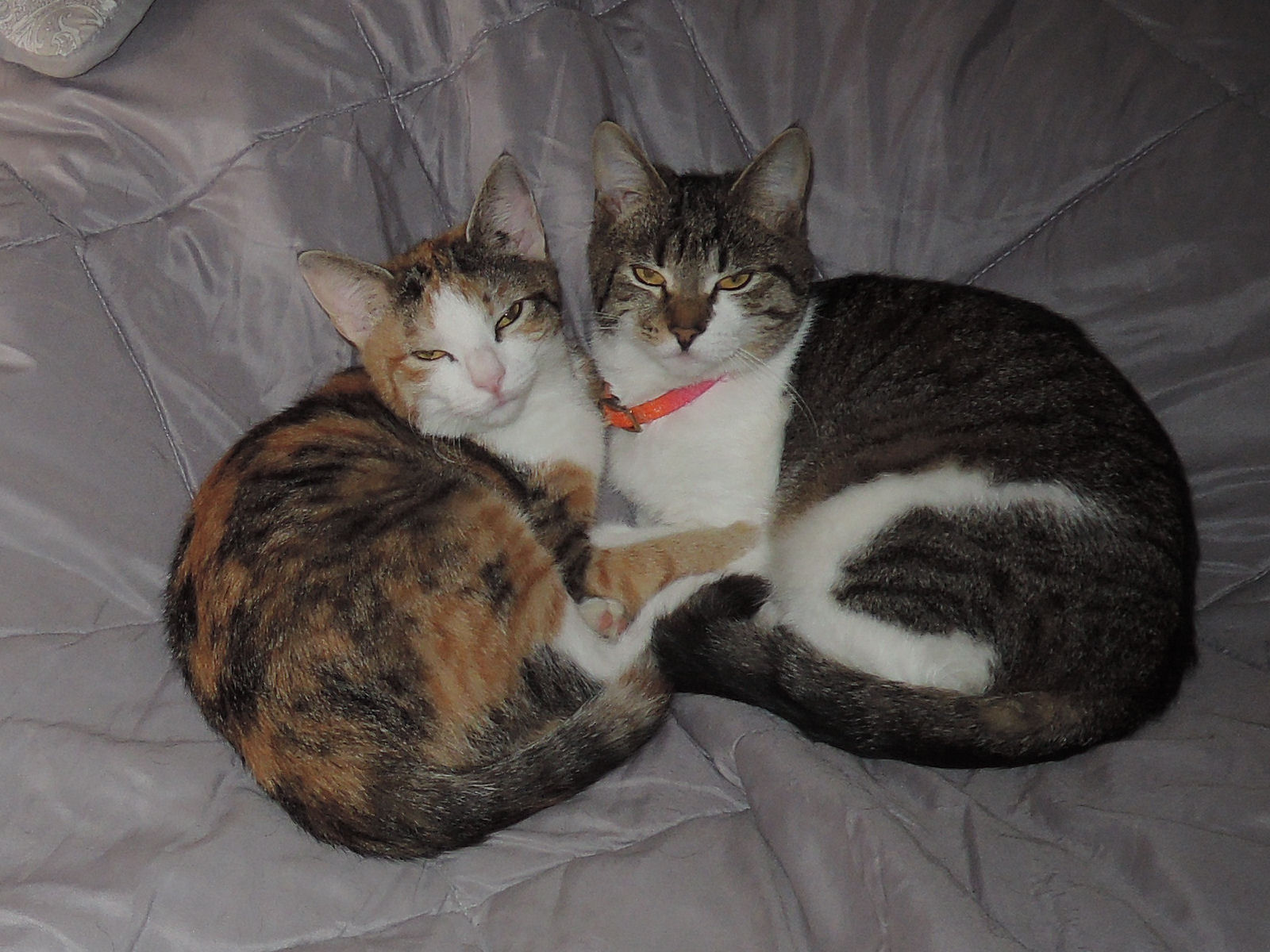 "aw my gawd, not that bloody camera again." - Aww! 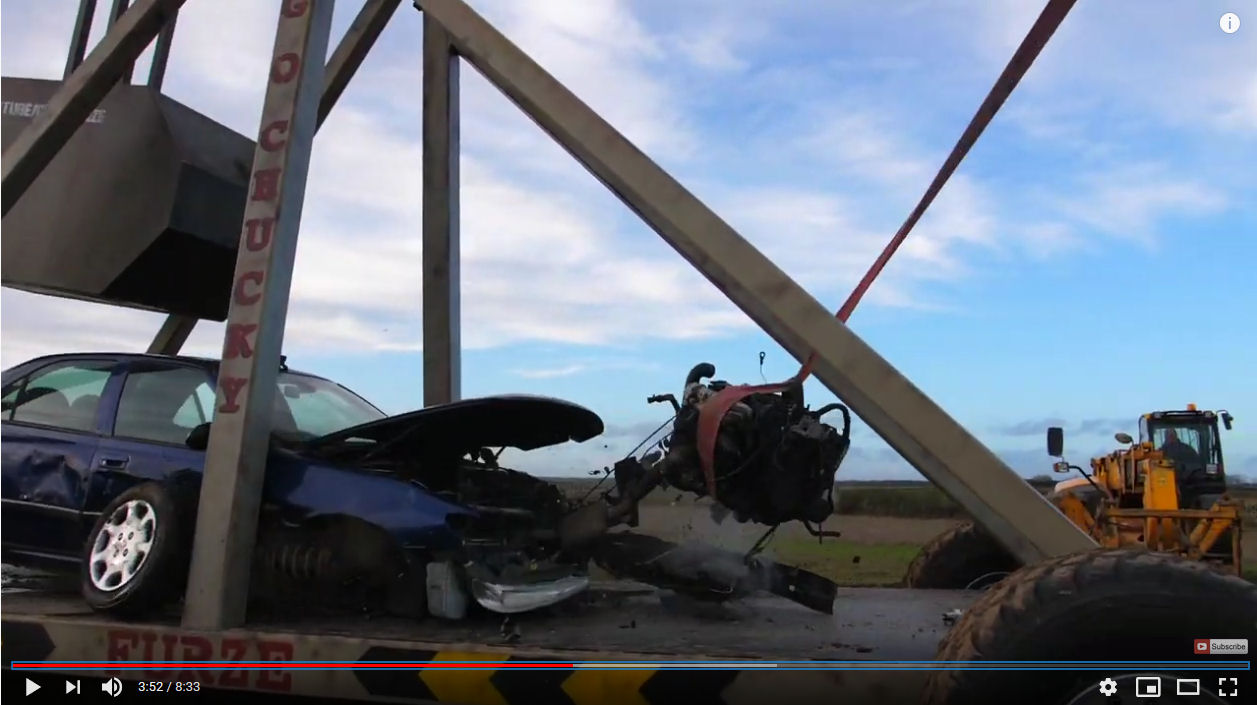 Ah well, it was a saloon

...wobbling about and running outside. Ha ha ha, you missed me