Our washing machine's been going all day, all the bedding, towels, the clothes we've been wearing, seat covers, everything we can think of's gone through it 'cos we're trying to get rid of the virus. As well as all that all the litter trays have been bleached, as have all the food bowls, water bowls, transport boxes, floors, tables..y.


A military operation by the sounds...

Charlie seems to be ok, thanks guys. I suspect the hunger strike was him protesting being imprisoned, he was his normal friendly self otherwise so, in the end, I relented and he seems normal now. One thing that did show up during his panicked visit to the vet's was he has bad gum disease, I've no idea how he did that as he eats quite avaried diet - some soft food, lots of hard food plus the odd mouse and even Teatime's gums are better than that and he's at least 12. Nuclear fallout perhaps?

The one we're most worried about now is Benjamin's brother William, he's too young to vaccinate (too late now anyway) and he now has the same eye infection his brother came with now. He has 2 weeks before we know he's in the clear (and even then nothing's for certain) and until then, we're not going to do any of the same things we did for Benjamin, including taking him to the vet's (maybe he picked it up there!)
Unskilled meddling sin©e 2007

That's a relief as far as Charlie's concerned.
Hope William's OK too, guess you won't know for a while.

I'm sorry to say we had William PTS this morning, Thursday evening he stopped eating and started vomiting, we stuck him in the spare bedroom with a plan to take him to the vet's yesterday morning (Friday) but in the morning he seemed to improve and even ate a little, we had hopes but by the evening it was clear what was wrong with him. The thing is we've already seen 3 kittens die in absolute agony, all the "help" we'd tried to give them only served to prolong their suffering, so it was a choice between slim chance of survival with a big chance of a painful death or ending his suffering before it really got started.

Yeah, I feel like absolute crap, my hands are red raw from washing them in bleach, the washing machine is going full tilt again, there are floors to wash and even some furniture to bin.

So, we've lost 3 kittens in the space of a month. We won't be taking in any more for the foreseeable future. If they do come then they're going straight to the vet's for homing. We're working out a deal with the vet's to give them a better chance, stuff like pay their first vaccinations and maybe contribute to their sterilisation. But they can't come here.
Unskilled meddling sin©e 2007

Sorry to hear that Steve, we have had cats and dogs all our married life, 56 years and you never get used to loosing them, its one of the few downsides of having pets.

We lost our two cats about 4 years ago, a Siamese who was 18 and a moggie that was nearly 20. We then acquired 3 Siamese cat that wanted re homing and they are lovely, we didn't really want three but they came as a package. They were fed exclusively on dried food on demand by the previous owner so we have kept that up only with somewhat better quality food than they were feeding them, they are thriving on it and their teeth are excellent.

They do have a a good supplement of rodents, rabbits and the occasional squirrel which I don't like to see but its life. The main problem is they keep bringing them indoors and 'loosing' them, we try to rescue them and are often successful but I think they go out and catch them again. We have had moles too!

Thanks guys. It'll certainly be the end if we don't get any more kittens, just keep up to date with the vaccinations and this lot should be fine (Mirela says she "believes" the vaccinations will protect them

) so it's just the usual stuff to worry about - cars, idiots with air rifles, dogs, other cats, foxes, martens...

That's some pretty good ages, we don't seem to get much into the teens with ours, but Croat cats are smaller and more closely related to the wild cat population.

PeterN wrote: ↑
Sat Nov 30, 2019 11:00 am
They were fed exclusively on dried food on demand by the previous owner so we have kept that up only with somewhat better quality food than they were feeding them, they are thriving on it and their teeth are excellent.

Oddly enough I've learned that cats don't drink much water, taking their fluids from food, so if they eat too much dry stuff they risk kidney problems. We have a bowl of the stuff on the counter, partly because there's always something to eat but mostly because it cleans their teeth. I asked Mirela for recommendations and she said it's all rubbish, just keep changing the brand

On the subject of teeth, my brother's cat Oggy has been suffering from chronic gingivitis for years. Their vet reckons he was infected with Feline Calicivirus - FCV when he was younger & the chronic gingivitis is a result of that. We need to take Charlie in again this week now he's well and make some plans for dealing with his gums.

At the vet's yesterday I saw three about 2 month old kittens in one of the cages - 2 gingers and 1 tortoiseshell. If only

Ah well, life goes on. This morning we've had our first proper frost, the yoyo is white still and it looks like it's put pay to all the sensitive plants, including all my beautiful castor oil plants. I'd better see if there are any seeds before it's too late, the neighbours aren't going to poison themselves

That's some bad luck Steve, hope things settle down sharpish, I agree that you can't really keep taking on new patients. I wonder if they're wandering into chez-earwig because they need help.

Weirdly we had to take our oldest cat to the vets saturday morning, he's never been vets before, he was limping, moaning and trying to hide away, he had an aroma about him that had me thinking it was a burst abscess or something. He had a pretty good check over, a shot of antibiotics, a pain killer, and we were sent off with "there's nothing obvious but bring him back if he get's worse" well by yesterday he was right as rain and sprinting across the lawn like normal

Hard frost here the last 2 days, I washed the ovlov yesterday and the water made the door freeze, went to open the door this morning and nearly head-butted the window

That's weird. Maybe duffed up, a leap too far or lightly run over. Glad he's ok anyway. Did he actually have a temperature or anything to warrant the antibiotic, or was the vet just finding ways to bump the bill up?

I'm not happy at all about not being able to take kittens in, I really want to be able to help them, however helplessly watching them die in agony really is a nightmare worth avoiding.

I don't think they know they're ill, they seem to be fine until the virus takes them out. Maybe they just go to the place with all the cats, a better chance of food there? Teatime obvious needed help but I'm not sure if he knew what he was doing hanging out in front of our house or it was just his good luck. He was obviously grateful anyway.

Oddly the castor oils seem to have recovered from the frost, maybe it's all the oil? Meanwhile the mirabiliseseses look like they've been hit with a blowtorch.

Somewhere I have a bottle of glycerine for stopping car doors getting frozen shut...
Unskilled meddling sin©e 2007

He had the botty-thermometer and it was fine...38 point something....the Vet said he "wasn't keen" on that part

it cost £50.00 for the consultation and treatment, I was expecting it to be more.

I reckon it could have been a fight with another cat maybe.
Cars in my care:

Oddly enough I had to take Pickle to the vet's Friday for similar reasons, Mirela thinks she had a leap too far as she could feel a lump on one of her muscles in her left shoulder. She had pain killer injections Friday and Saturday and I was meant to give her a pill today but I'm not convinced it's the right one. I'm used to giving cats dog pills but I usually have to break them into at least two but I was told by the new vet Matija (Who has replaced Matea aka The Sexy Blonde, who's moved on to the Ministry of AG, dammit) to give it to her whole. I asked her if she was sure and she said yes, the whole pill. Still not being convinced I looked on Krka's website and it says "do not give to cats". Hmm, fortunately Pickle seems fine now but I'm not sure if I should say anything when I take her back tomorrow, I don't want to upset the new vet as they had a hard time finding her.

Anyway, this had me giggling yesterday: 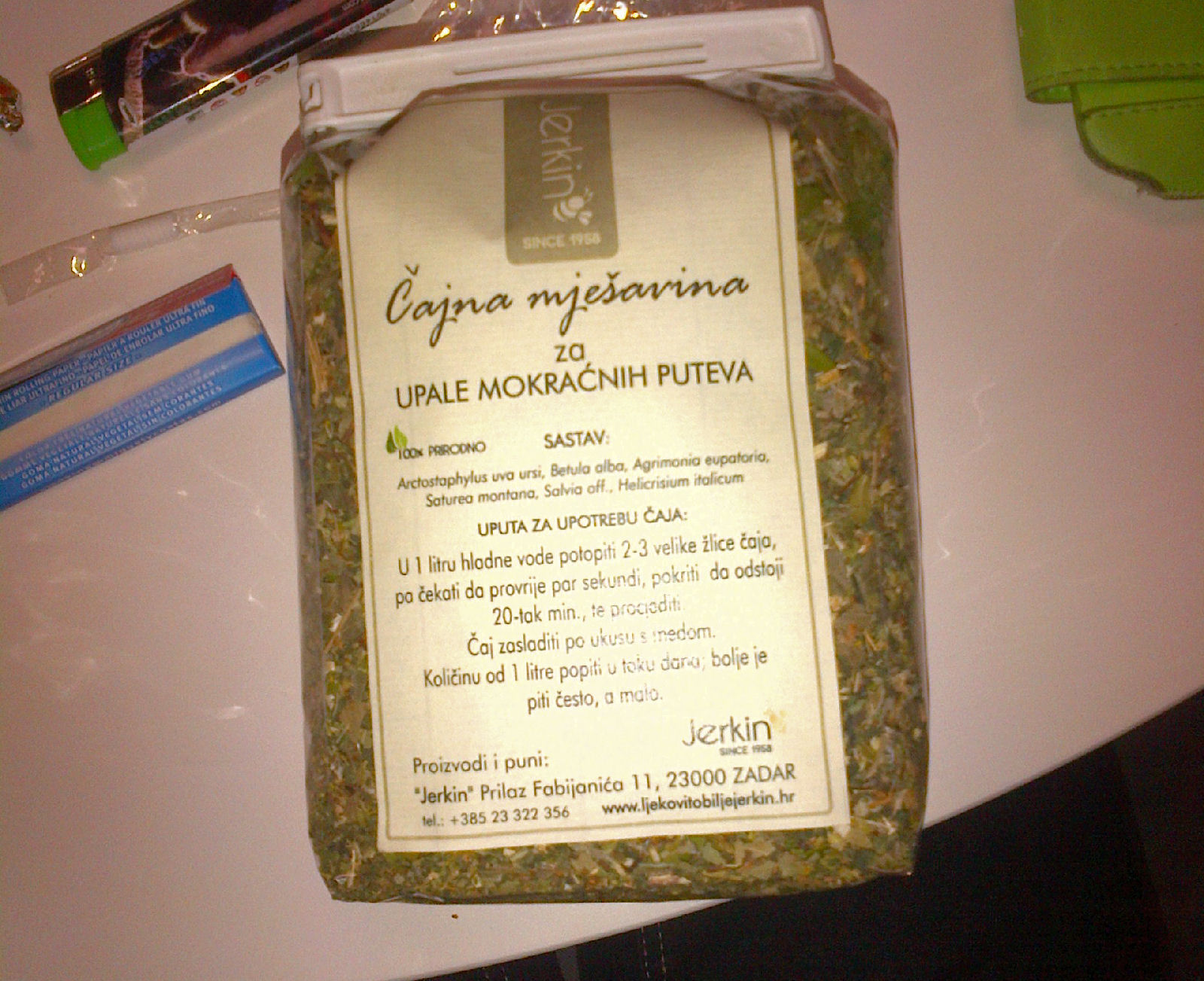 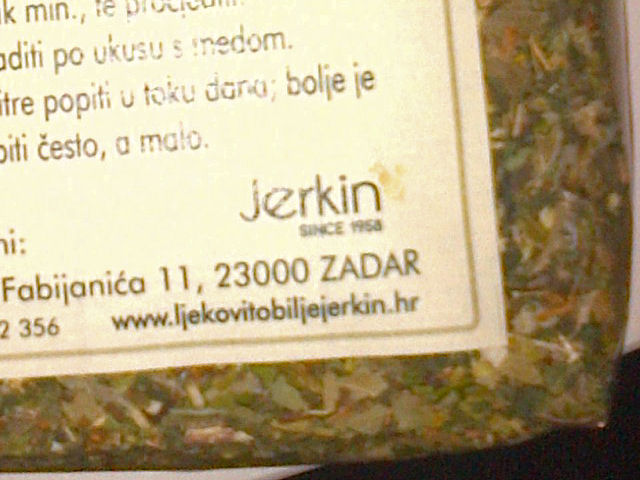 Pickle's fine thanks, she seemed ok Saturday evening but we kept her shut in the cat recovery room yesterday (Sunday) 'cos we wanted to keep an eye on her but we were out most of the day. She came downstairs with me this morning, presently hanging around the kitchen with the rest of the little monsters. She's a funny little thing though, while she was shut in she wouldn't eat anything unless one of us sat with her, if we left her to it she'd just leave it to go dry. Just lonely I guess.
Unskilled meddling sin©e 2007

Back from the vet's, Mirela could feel a little lump on her muscle still but she's walking fine. The recommendation was to let her out with the other cats but keep an eye on her (what a surprise!). Also, I spotted a worm near her bum the other day so she's been wormed, now I have to do all the cats

Otherwise she'd have to go back into quarantine for 2 more days (I gather that any parasites she poops out can still infect other cats.)

Also, I was right about the pill. I really didn't want to land the new vet in the poo but I couldn't just leave it. Hopefully Mirela will just have a quiet word, rather than raising Cain.
Unskilled meddling sin©e 2007

I had a phone call from my mate Goran earlier, apparently Pero has sold my D9. I'm not sure what he replaced it with, I talked him out of a 1.6HDi 508 SW last year... And who is the lucky new owner? Why Goran of course. He said it was a choice between a 2010 unknown or a cheap, well maintained 2004 that he knows everything about. Tough decision.