I've just spent the last hour taking apart my rear brakes and checking if everything is ship shape..!!
Passenger side was sticky but easily remedied with a bit of plastilube, but the handbrake shoes are nearly down to the metal...
The driver's side however was stuck solid - no way is that slider is going to move - luckily I have Ruperts old rear calipers which I've freed off, and will paint soon once the replacement pads, shoes, discs and fitting kit arrives - £40 all in from various online sources

Luckily, upon inspection : the backplates are a little rusty but solid - so I'll just rub these down and paint them..!!

Today I have mostly been.... hiding from the sun. Apart from a bit of weeding and digging up me garlic. Well, I was bored...

I towed our 1350kgs caravan with the Pug all over the country and i certaintly knew it was there but it managed admirably apart from long steep hills when it let me know it wasn't really happy.Still can't part with it

Collected my new trailer today & stashed it in the campervan's storage spot for now. (Overpriced few square yards of derelict WW2 airfield c/w fences & cctv - someone had the luck or foresight to snap up). 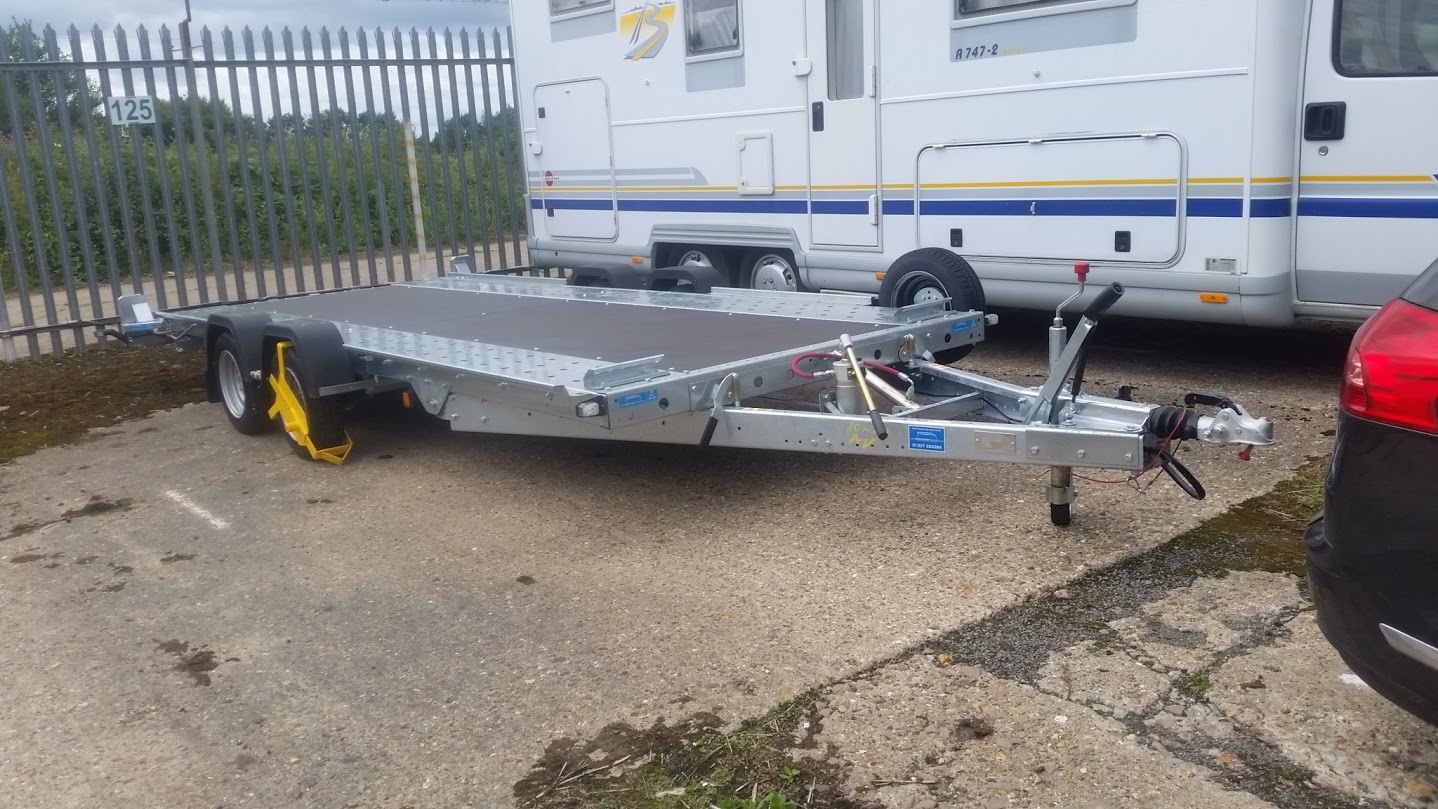 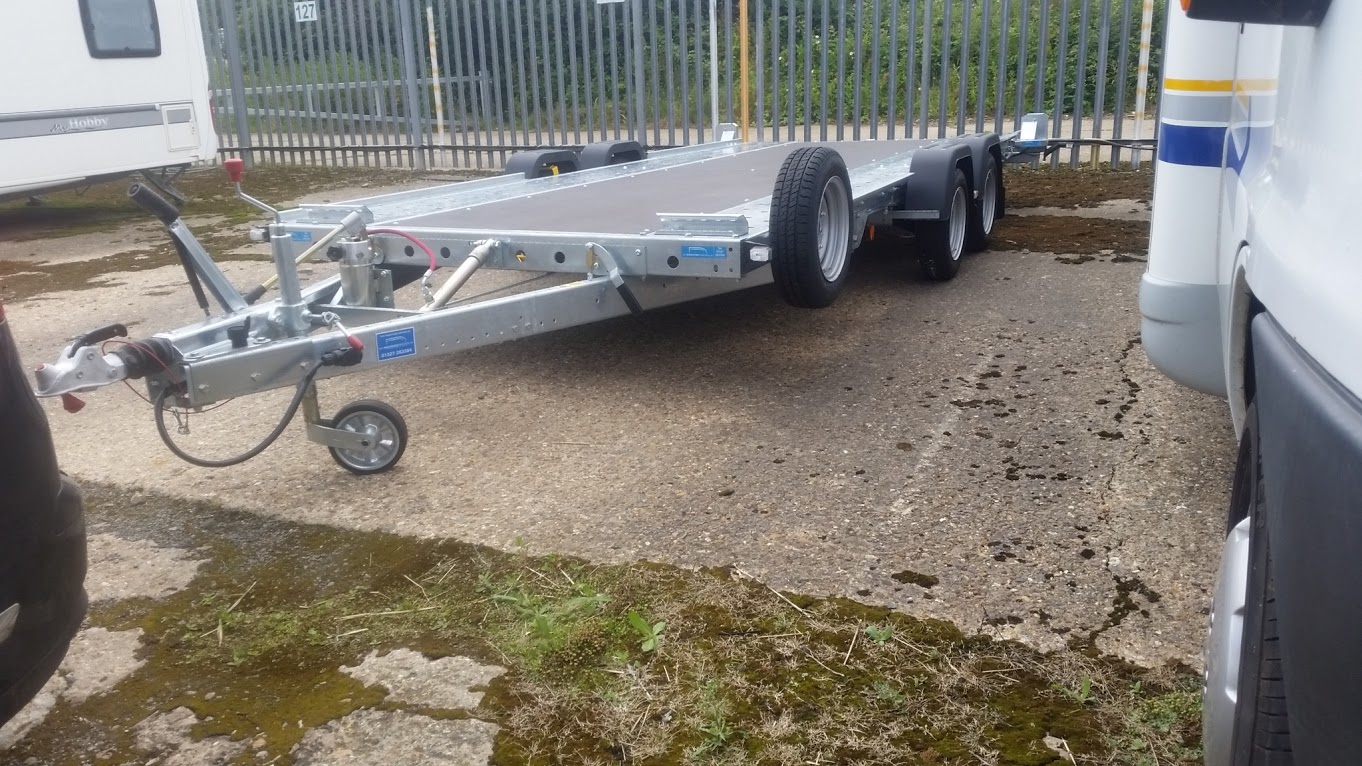 The gutless piece-of-shitreon certainly 'feels' like it's pulling something and you can't help but notice it's a LOT wider than the car, (2350 vs 1860 + mirrors). Makes me realise how awkward caravans must be to tow. Empty trailer weighs 700kg with nose weight of about 70kg - enough to really affect the rear suspension. I'm starting to think it might have a broken spring, or two.

On a positive note there were no rattles or bangs, in fact I didn't hear a sound with the car windows open.

Arranged insurance cover for it, (£££

). They're happy* with it living on my drive, so long as it has coupling lock/wheel clamp/datatag.
The van's still there at present, but I'll swap 'em over soon.

Doggy that there trailer is a bobby dazzler

I then found a French Peugeot Dealers' invoice for "Roteur" or something.......later translated to Discs + Pads so I guess the previous owner was caught out on Holiday towing up/down hills etc....

The towing also took its toll on the engine mount in my view....which tore through the IC hose...and the eggsauce flexi pipe....

Towing with your Camper Van I doubt you'd even feel that trailer, you'd have to be mindfull pulling out at junctions and roundabouts when its busy due to the length of the set up

although with your lorriest skills you won't need any help there.
Cars in my care:

That's about it really. It's not particularly hot (32 degrees) but the humidity's a killer, 80% saps any enthusiasm right out of me. Also the mosquitoes are going mental. Or you can work in the full sun, then the sandflies come for ya.

Anyone want any toms? 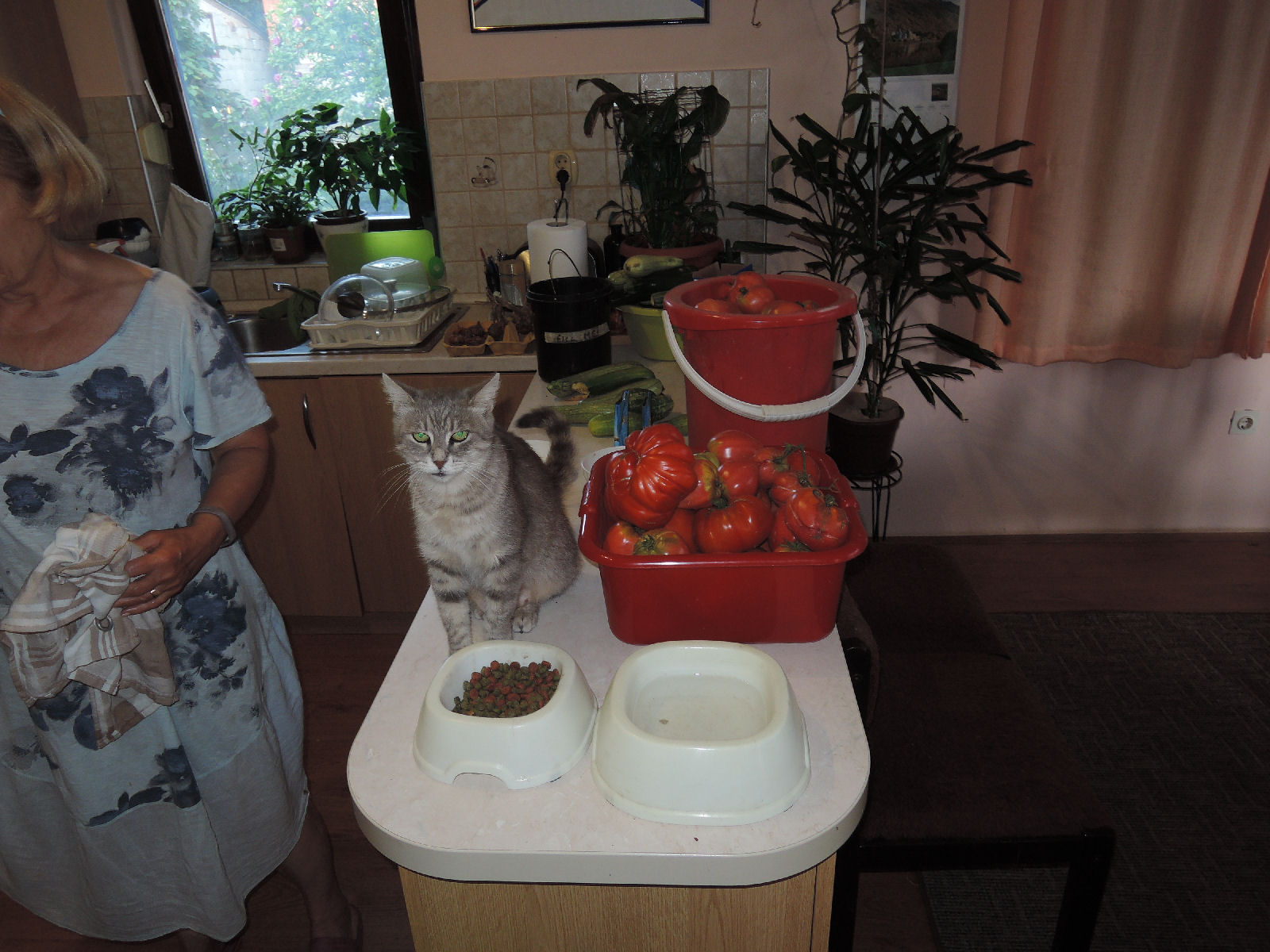 These actually taste like tomatoes, unlike the rubbish you get in a supermarket.

Shed-wise, it only makes sense to do woodworking upstairs, so I've had to put laths under the gaps in the boards to stop it snowing downstairs. It's in use but there's still plenty to do.

The kittens are fine, have a quick vid 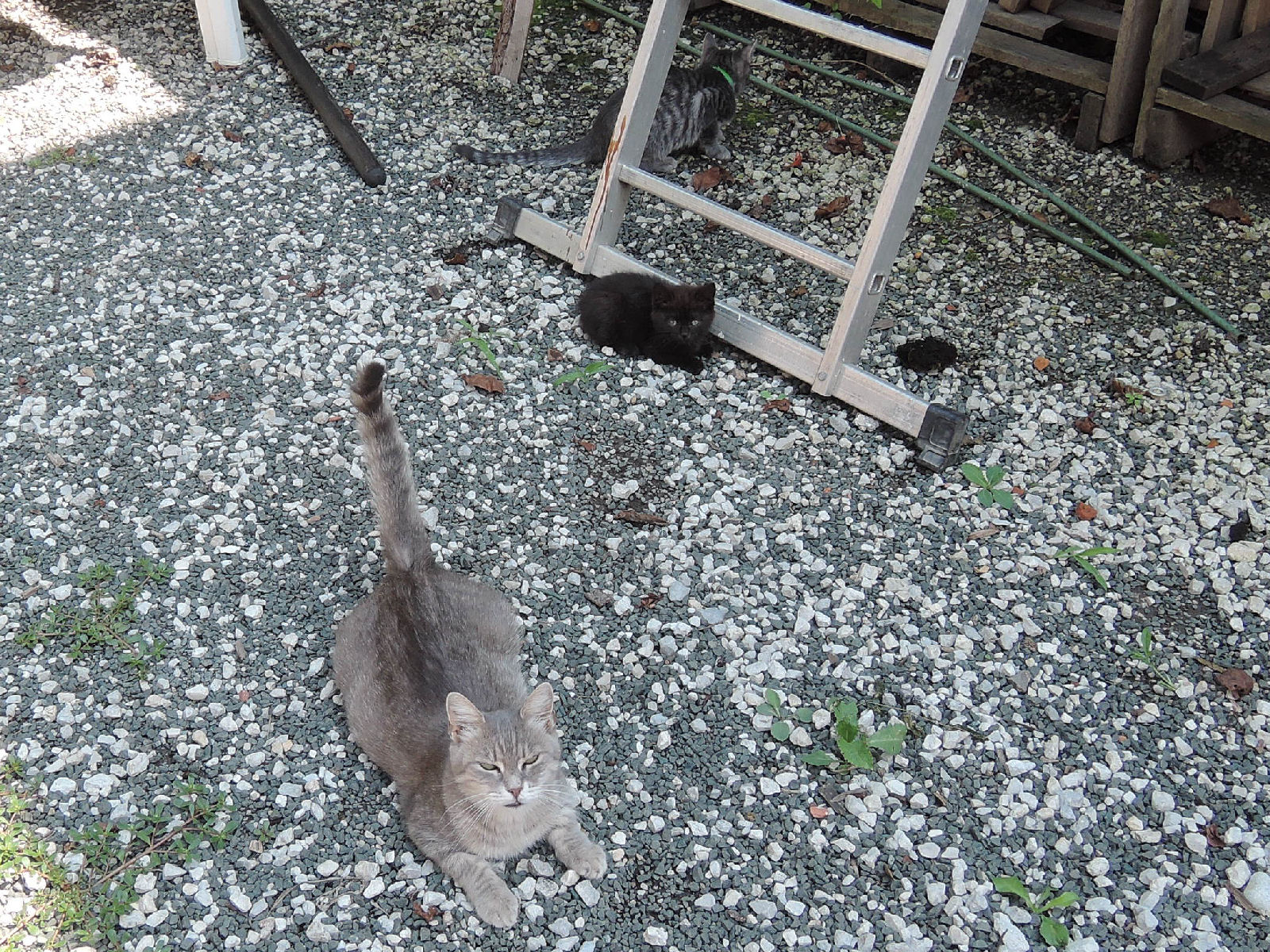 Hold on, what's that? 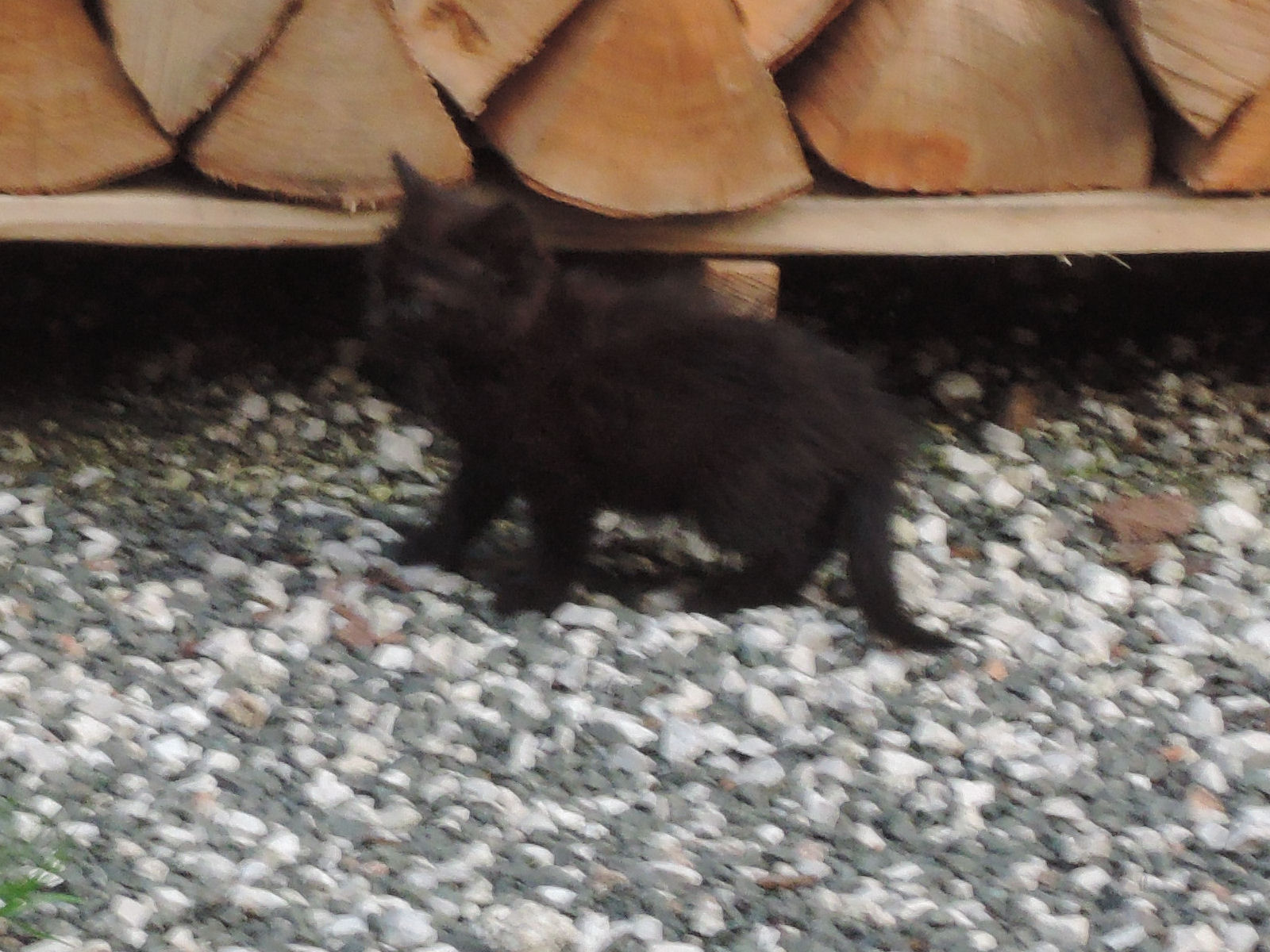 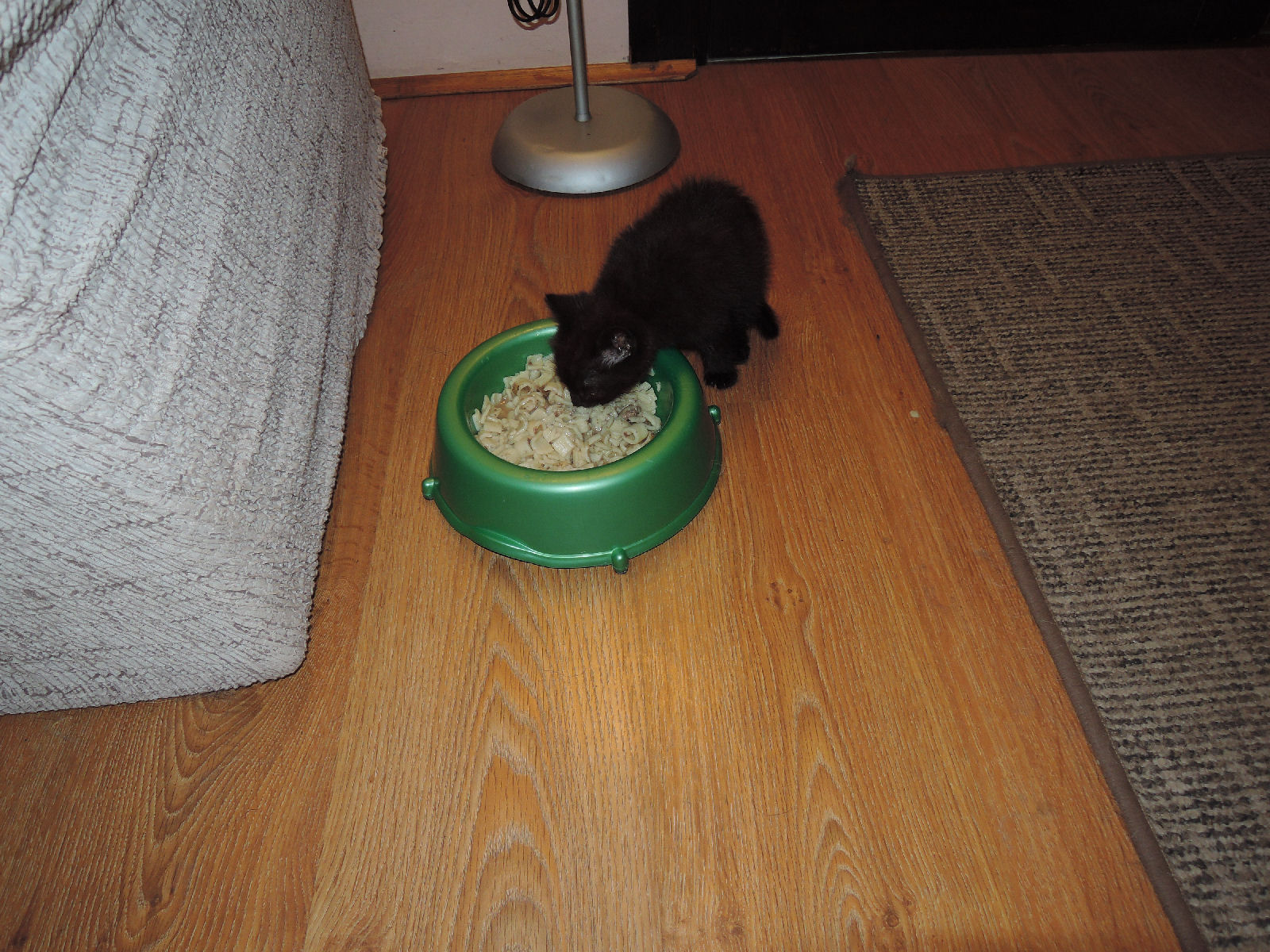 This is Shelly (well, ok, Michelle according to t'wife), she just kind of appeared one day. 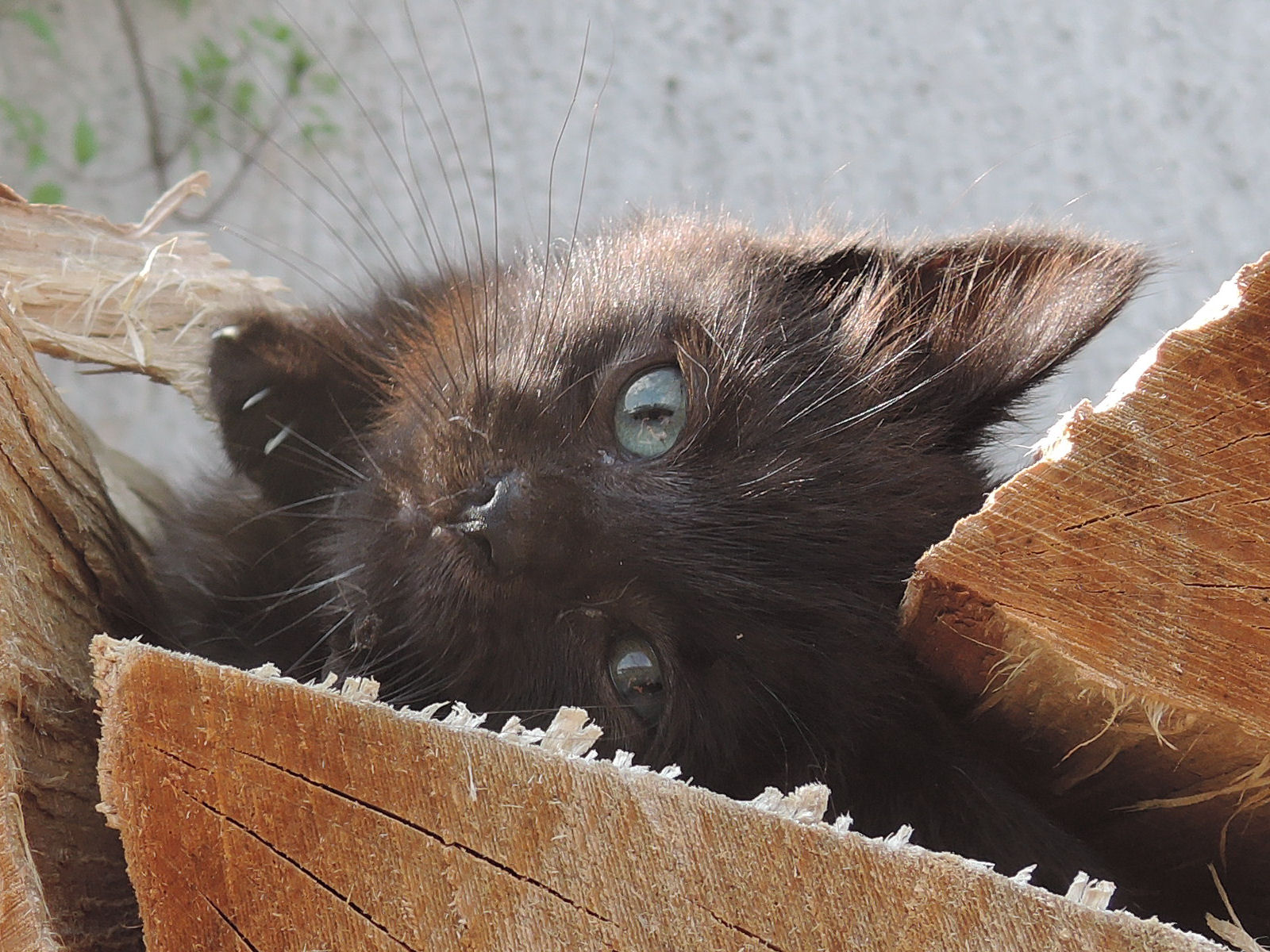 I did enquire at the vet's if there was any chance of finding her a home, but t'wife intervened - we'd had her more than 24 hours and that was it, she stays.

Ajoj, and then there were 9

32 degreees & 80% humidity? You can keep my share of that! Is it still hot a night - how do you sleep?
The menagerie all look fine and dare I say it settled? Guess thay know which side their bread's buttered on.

I currently have daytime custody of my two daughters' animals - a supersize labrador and a 3-legged chihuahua - an odder pair you never did see.

In other news, I took the camper c/w trailer & C5 for a test drive yesterday rather than find the snags when attempting to go on holiday. This proved to be a prudent move. Took me about 2 hours to couple trailer to van, get the car onboard and work out the best position to keep the nose weight sensible then re position the wheel stops and blunder through strapping all 4 wheels down. I was a bit concerned that the drawbar looked a tad on the low side, but foolishly persevered with getting the feel of it.....

Maneuvering proved fairly simple, the huge rear overhang on the van pulls the trailer so wide on corners that the wheels don't cut in at all. In a straight line the trailer is all but invisible, only the very tips of the rear marker light stalks show in the mirrors. Reversing is fairly easy too, except for trying to judge how near the back of the trailer is to objects behind it, but then it is about 50 feet away.... Could really do with some decent wide angle mirrors.

Remember the drawbar height issue? I did when I comprehensively destroyed the jockey wheel on a speed bump.

At this point a certain numpty remembered the adjustable rear air suspension....

Looks like I'll get away with replacing the jockey wheel itself and its axle spindle - about £15 in all. Fortunately the rest of the jockey assembly is made of sterner stuff.
I also managed to leave the 13 to 7 pin adapter used when towing trailer with car on top of the drawbar and lose that too, so £25-ish all in.

Doggy, your minor calamities sound like the sort of thin I'd do; putting something down and forgetting it......or rushing through things eager to get on the road.

Good call to do a practice and the HGV training must come in very handy.

Don't forget the C5's key when you go away

Wiggy that black kitten is adorable, I like tomatoes when they taste like tomatoes! the sh*t we get here is artificially grown as far as I can tell and tastes of cardboard. Imagine trying to encourage your children to eat fresh veg when it's this bad

And don't get me started on Carrots

That turned out to be a very good idea indeed Doggy. A few teething troubles but that was the point of it.

Fortunately the nights are mercifully cool now, not like it was in June. I think we had a 14 degree night a few days back (chilly!) but mostly it's about 20. The idea is to trap as much of that in the house as possible. Anyway, there's always the air con (shame it doesn't work in the garden...)

The kitten's are quite happy, Archie and Grace have both earned their mouser qualifications. Sadly Tippi seems to be happy reducing the hummingbird hawk moth population

It's their nature I guess. I'm not sure how Shelly's fitting in, she'd quite like Annie to be her mum too, sadly Annie's not having any of it

The otrher kittens don't seem to want to play with her much either, but she's not been here a week so there's time.

You wouldn't say that if she had her teeth sunk into your finger (I think she's confusing playful with painful...)

I like tomatoes when they taste like tomatoes! the sh*t we get here is artificially grown as far as I can tell and tastes of cardboard.

It's picked green and then ripened with ethylene gas, which only does the outside, so they look right on the shelf but the insides are still unripe and, quite frankly, tastews2qayyyyyyyyyyyyyyyyyyyyyyyyyyyyyyyyyy (thanks Archie) taste like pus. Tomatoes are meant to be red through and through, if they're not stick them straight in the bin.

And don't get me started on Carrots

I've got them too, although most of them look like pairs of trousers. That was the first lot I seededed, very few germinated but the subsequent 2 sewings didn't germinate at al, so I'm grateful for what I've got. It's been that kind of year, too cold and wet to too hot and dry with scarcely a pause. My toms are doing much better than everyone else I know, purely because I planted them out at the end of April as I usually do, everyone said it was still too cold, which it was, but they were getting too big for the pots, so it was either take a chance and plant them out or loose the lot.

I have 86 tomato plants btw, mostly ox hearts with some plumbs and one cherry. They range from 3 to about 8 feet tall. They'd be taller but I'd need a step ladder

I really like hearing about the world of wiggy

Ooh, have you been watching Hub Nut's youtube vids recently? he's been all round your way in his 2CV this month.
Cars in my care:

I've not but I thought he'd be here with Ellie 'cos there was a huge upturned pram convention up the road in Samobor, so the roads were crammed with the things.
Unskilled meddling sin©e 2007 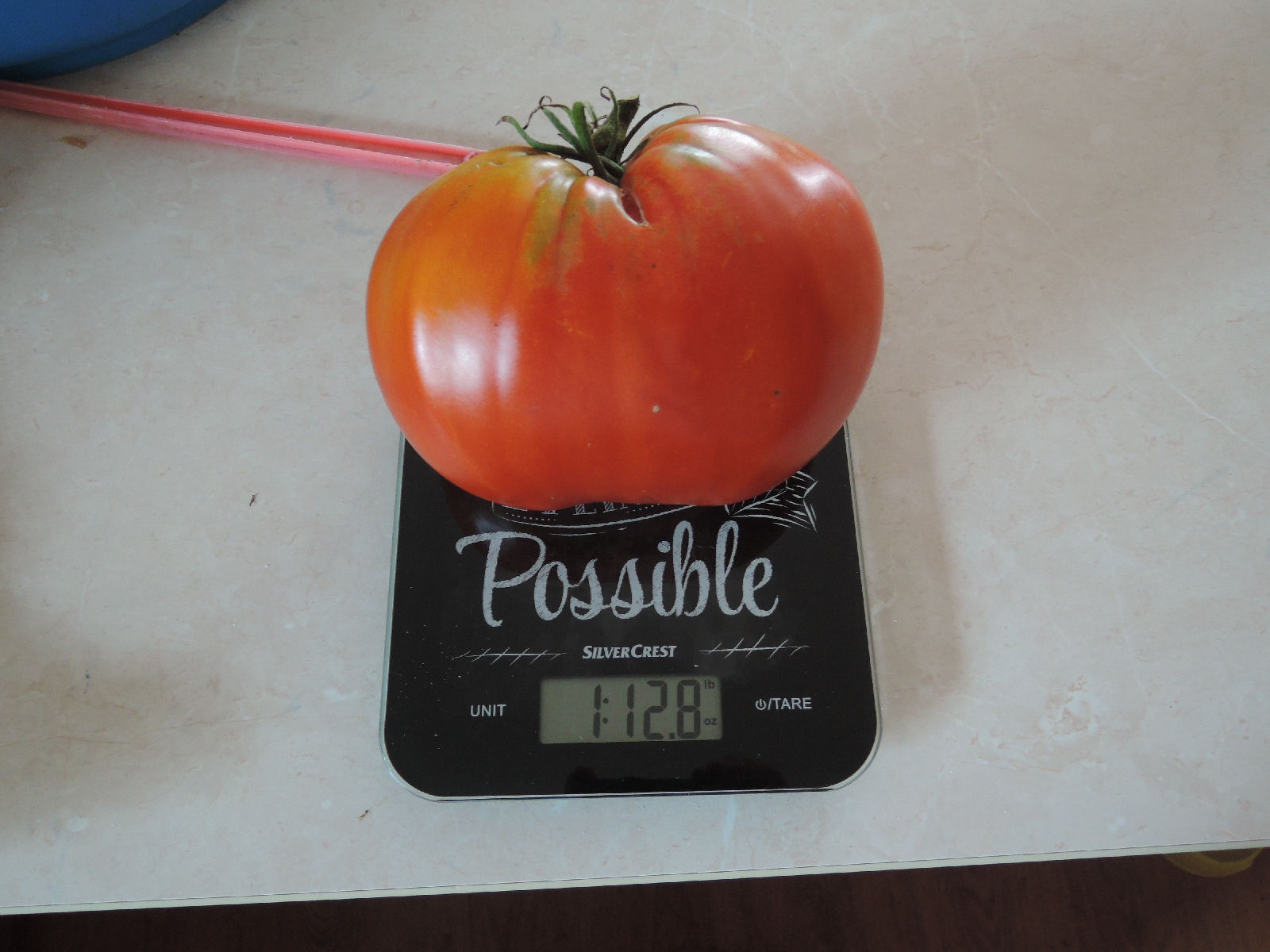 Why is it we need the kittens colour-coded again? 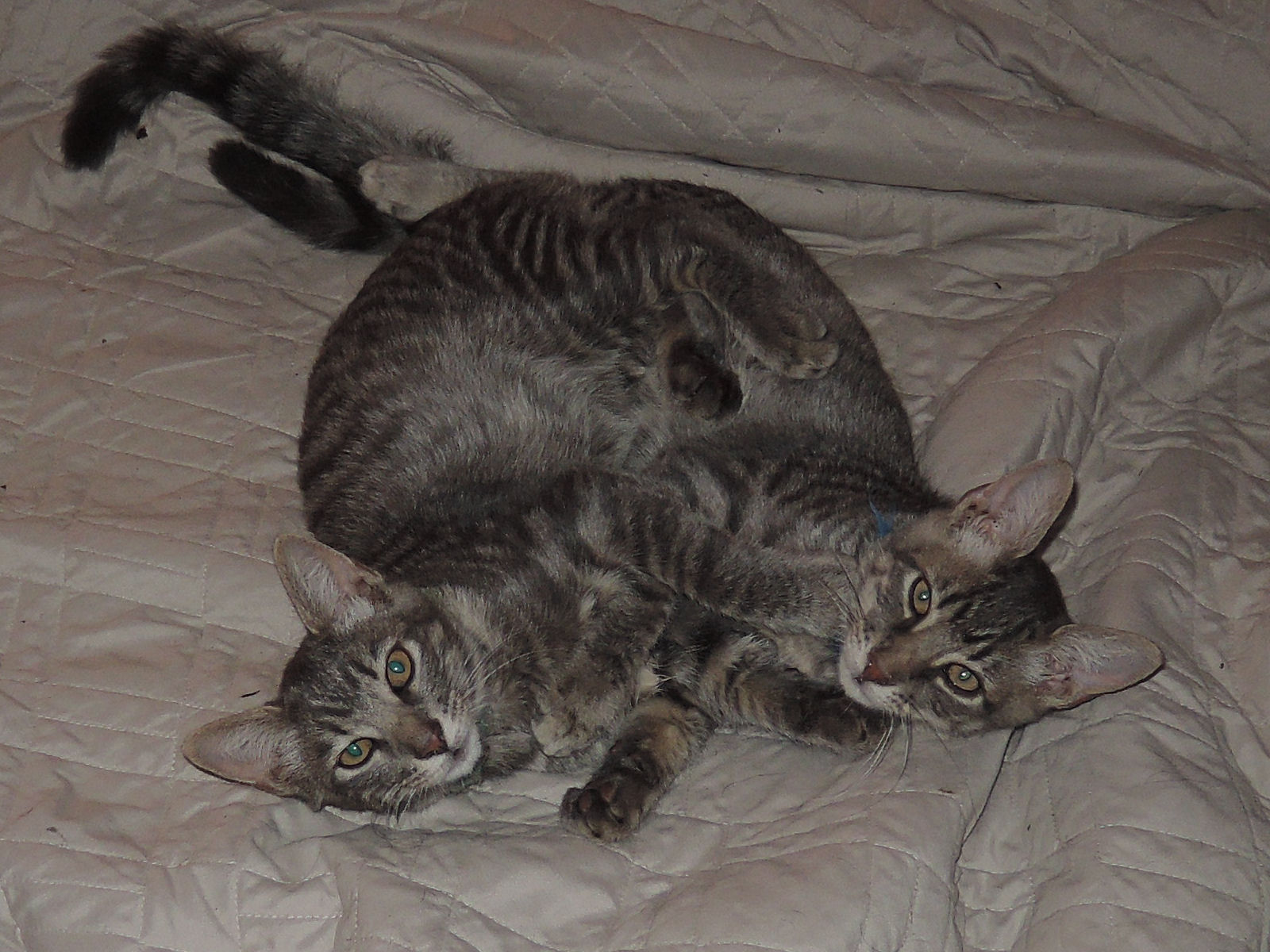 ....having a friendly run/jostle with a Citroen C6

Driving back along the A43 towards N'pton yesterday a Black C6 was kinda behind me...then in front...then behind for at least 20 mins, the old-ish chap was driving it with his wife aboard and was 'giving it the beans' exiting the many roundabouts of the A43.

It was a 2011 model with twin exit tail pipes but no badges to tell whether a Pez or Dizzler, it accelerated briskly to 70 and our C4 was out of breath keeping up.

Ended the experience with a friendly wave between us

My faith in friendly motorists restored, and they drive Citroen's

Yes, that stretch of the A43 doesn't want for roundabouts, does it?

Guess I'll have to work on the friendliness.